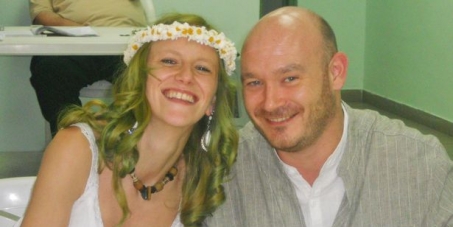 By continuing you agree to receive Avaaz emails. Our Privacy Policy will protect your data and explains how it can be used. You can unsubscribe at any time. If you are under 13 years of age in the USA or under 16 in the rest of the world, please get consent from a parent or guardian before proceeding.
This petition has been created by Jon K. and may not represent the views of the Avaaz community.
x

The Maltese Courts punished family man Daniel Holmes by sentencing him to a frightening 10-12 year sentence, alongside a €23,000 pay off for being found in co-possession of marijuana at his Gozo residence.

Daniel has since turned his life around, and is hoping for a second chance and a fairer hearing. He understands that there are consequences to his actions and is ready to pay for his mistake, but many feel this is a travesty of justice and want a say.

We started this petition to create awareness behind the inequality surrounding local sentences. When sentences for rape charges and molestation, drug crimes committed by locals are given a shorter time, with some cases even getting probational or short-term (2-4 years), how do we then justify the mishandling of this man's situation?

Today: Jon K. is counting on you