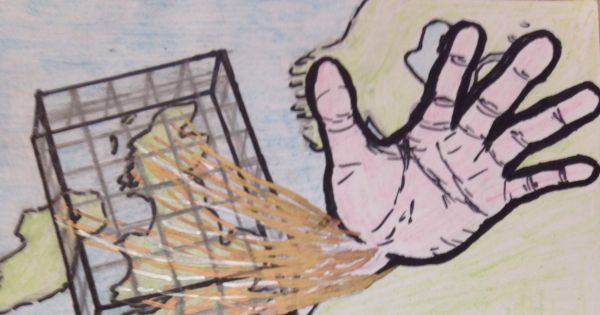 David Attenborough, JK Rowling, Brian May: Please launch a high-profile umbrella campaign and get us heard on Brexit!

By continuing you agree to receive Avaaz emails. Our Privacy Policy will protect your data and explains how it can be used. You can unsubscribe at any time. If you are under 13 years of age in the USA or under 16 in the rest of the world, please get consent from a parent or guardian before proceeding.
This petition has been created by Kate S. and may not represent the views of the Avaaz community.
x

Sign this petition
Kate S.
started this petition to
David Attenborough, JK Rowling, Brian May, Team Future, Our Future Our Choice, Britain for Europe, Best for Britain, Another Europe Is Possible, European Movement UK, IN Facts, Healthier in the EU, Scientists for EU, Wales for Europe, Border Communities Against Brexit
The next generation will be reversing Brexit anyway, but to prevent major loss we need to be heard now. We need to unite the many activist groups and our high‐profile sympathisers, launch a highly‐visible umbrella campaign, reach all those ignored citizens, and release the groundswell we need. Only then can we campaign effectively to avoid major damage to our society, our NHS and welfare state, our neighbours, our own opportunities and those of our children. We need the whole country to hear us calling for &numTheSavingsOfUnion not &numExtraCosts, &numWelfareState not &numTaxHaven, &numProtection not &numDeregulation, &numTradeDemocracy not &numSecretSellOuts, &numHumanRights not &numLossOfAppeal, &numFreedom not &numBarriers, &numUnity not &numEnmity, &numInfluence not &numIsolation, &numSolutions not &numScapegoating, &numAllOurVoices not &numPressBaronPower, &numOurSay4OurFuture not &numLackOfFranchise, and &numFullEUMembership not &numPoorerDeal or &numCliffEdgeCatastrophe. You could launch an umbrella Supporters' Base website where we can sign up and get resources and information about all the campaigning in our areas. You could organise major Europe Day concerts to express friendship with the other 27. You could co‐ordinate resources to move the national conversation on to an informed &numTalk2030 campaign about the real future options and what we would need to do now. Together we can then push for a new decision that involves ALL long‐term residents old enough to work and pay taxes, including the 5 out of 6 born in the 1980s and 8 out of 9 born in the 1990s who didn't vote for Brexit, and those from the 2000s emerging into a future in which they’ve had no say. With your help we can rebuild that future&excl Thank you.
Please sign, share and use the button to quickly email this to all your friends who would agree.The petition will then be presented to David Attenborough, JK Rowling, Brian May, Our Future Our Voice (OFOC), Team Future, Britain for Europe, Best for Britain, Another Europe is Possible, European Movement UK, INFacts, Healthier in EU, Scientists for EU, and Open Britain. The more signatures the more they will consider it&excl