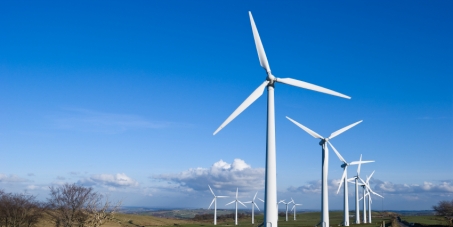 By continuing you agree to receive Avaaz emails. Our Privacy Policy will protect your data and explains how it can be used. You can unsubscribe at any time.
This petition has been created by Renewable S. and may not represent the views of the Avaaz community.

Sign this petition
Renewable S.
started this petition to
David Cameron
We do not want to halt onshore wind development in the UK as is promised by Government!

The following message can be delivered with your signatures:To David Cameron,

Allow onshore wind to compete on a level playing field with nuclear and fossil fuels. The UK needs more of the cheapest green power option, not less!

With your support we can help:
· tackle climate change
· deliver energy security
· protect and increase tens of thousands of jobs
· keep energy bills lower that they would be if we rely on using alternatives

Nearly all electricity generating technologies will receive support from the Government to keep the lights on in Britain:
• fossil generators will get capacity payments
• other renewables and nuclear will access a brand new (CfD) mechanism that ensures a stable income.

New onshore wind projects should also be allowed to continue to access the CfD support beyond 2015. This will give the onshore wind technology the time it needs to finish maturing. Allow communities and responsible businesses to bring forward new projects.

The polls show 70% of the electorate are in support of onshore wind. This should not be ignored, enable well sited, cost competitive onshore wind projects to come forward and make a difference.

Onshore wind power projects have contributed significantly to enhancing security of supply and efforts to meet renewable energy targets through the lowest cost route. Unfortunately, renewables have been experiencing increasingly challenging times given the weakening political push for climate change mitigation and the general slump in the economy. Onshore wind specifically is faced with a huge new problem that could completely devastate any further progress:

The Conservative Party have outlined plans, that they would end public subsidy for any additional onshore wind beyond what is already consented or under construction today should they be the sole party in power from 2015. The main reason cited is “the unpopularity of wind farms with local communities” and the view that renewable energy targets will be met with current wind energy proposals. The Secretary of State, Eric Pickles has already effectively halted most new projects in England by over-ruling local level Planning Inspector recommendations and blocking projects. He has refused ~39 projects to date while voicing his personal conviction that there is “enough onshore wind”.

We call on all UK Political leaders to consider what is at stake and to commit to enabling onshore wind to play a part in the future energy mix.

Without onshore wind being allowed to compete to be part of our future power generation fleet:

Just over 5% of energy consumption was sourced from renewables last year – we are not on track to meet the legally binding target of 15% by 2020. As the UK lags behind with the performance of transport and heat sectors this is a time when more renewable electricity should be encouraged to fill the gap rather than less. The UK boasts one of the best wind resources in Europe, we should capitalise on this free and unlimited fuel source. We want to see you listen to your independent Government advisors, the Climate Change Committee in terms of your minimum ambitions. We want us move from today’s 7GW of onshore wind, powering 6 million homes to at least of 15GW of onshore wind by 2020, rising to 25GW by 2030.

- Our bills will needlessly rise

Onshore wind is one of the cheapest forms of low carbon technology that can be rolled out quickly at scale– the policies to stop it will lead us to miss climate change mitigation targets and rely on more costly alternatives to be paid for through our bills.

- Energy security will be compromised

Much of the UK’s current generation capacity is reaching the end of its life, leaving a gap in the ability to meet electricity at all times. We have a unique opportunity to decouple ourselves from our reliance on fossil fuels. Onshore wind is freedom from imports -the UK is dependent on imports for over half our fuel. Help wean the UK off its addiction to expensive, volatile, polluting power.

- Individuals, businesses and the UK economy will suffer

There are around 19,000 people working in the onshore wind sector in the UK and thousands more across other renewable technologies. Onshore wind provides substantial economic investment in the UK and brings much needed investment to rural areas. In addition to the billions of pounds of investment, wind farm projects bring work and benefits to the locality through construction and maintenance contracts, land management and rentals, energy efficiency measures, community projects, education and habitat enhancement.

Political leaders should work to enable onshore wind to bring its benefits to the UK.

This petition will be sent to all UK party political leaders. Share it around to make it count!
Report this as inappropriate
There was an error when submitting your files and/or report.
Inaccurate Inappropriate language Hate speech Illegal Commercial/spam Offensive
×

Today: Renewable S. is counting on you