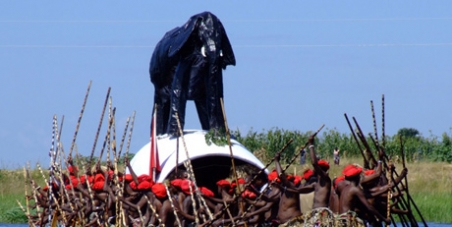 Demand the release of Afumba Mombotwa and his colleagues whom were illegally kidnapped.

By continuing you agree to receive Avaaz emails. Our Privacy Policy will protect your data and explains how it can be used. You can unsubscribe at any time.
This petition has been created by Joanne H. and may not represent the views of the Avaaz community.

Sign this petition
Joanne H.
started this petition to
We will deliver it to the Zambian government, United Nations, Commonwealth, SADC, and African Union and we hope they will use this petition to appeal to Zambia to act lawfully towards the new state and government and entire population of Barotseland as w
We fear for their lives! They are now charged illegally with treason which is punishable by death. We have sad tidings in Barotseland, as His Excellency Rt. Hon. Afumba Mombotwa, has been kidnapped by the Zambian Government with Rt. Hon. Likando Pelekelo and Rt. Hon. Kalima in Mwandi Sisheke, as it has been reported on barotsepost.com; so we request that with your contacts in the world, you can somehow have influence so that their release can be expedited.
Report this as inappropriate
There was an error when submitting your files and/or report.
Inaccurate Inappropriate language Hate speech Illegal Commercial/spam Offensive
×

Today: Joanne H. is counting on you

Joanne H. needs your help with "Demand the release of Afumba Mombotwa and his colleagues whom were illegally kidnapped.". Join Joanne H. and 248 supporters today