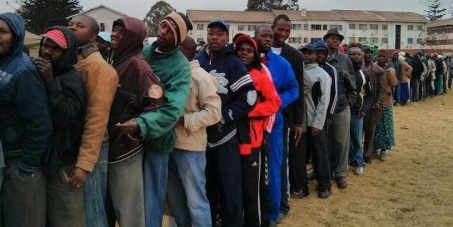 This petition is closed
50 Supporters
Joe E.
started this petition to
Southern African Development Community (SADC), South African President Jacob Zuma
Zimbabwe, ruled by Africa's oldest dictator for 33 years, has just held another round of general elections - the first since the brutality of 2008 in which hundreds of supporters of the opposition party, MDC, were killed and hundreds more tortured. While this latest election was peaceful, it was fraught with breaches of electoral law and widespread allegations of vote rigging being carried out by Mugabe's ZANU-PF party. Well Tsvangirai, the outgoing Prime Minister and leader of the MDC has rejected the results, Mugabe has already claimed victory and the courts are ready to swear him in as president for another 5 years.

The only hope for a different outcome is if the SADC community, and South Africa in particular stand up for the principles of democracy and refuse to endorse another sham election in Zimbabwe. Without the support of SADC and South Africa, Mugabe will be forced into negotiations through which a legitimate government can be formed. We can help make this happen by pressuring SADC and president Zuma to reject this election and respect the long history that this region shares in its fight for Democracy, Justice and Freedom.

The people and president of Botswana have already spoken out against the electoral process in Zimbabwe, calling for an independent audit of the results. A group of students are meeting to protest outside South African parliament demonstrate their s objections to South Africa's endorsement of this election on Wednesday the 14th of Augst at 1pm. If enough of us join together, we can pressure South Africa and SADC into calling for the same!

Today: Joe E. is counting on you