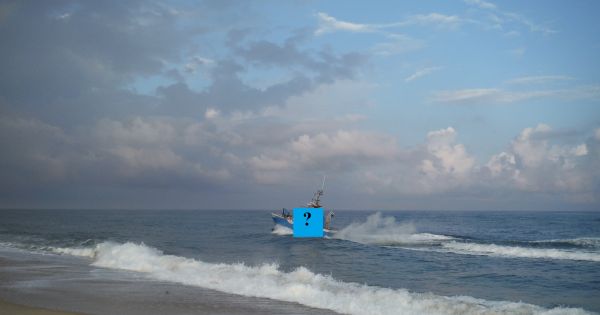 By continuing you agree to receive Avaaz emails. Our Privacy Policy will protect your data and explains how it can be used. You can unsubscribe at any time. If you are under 13 years of age in the USA or under 16 in the rest of the world, please get consent from a parent or guardian before proceeding.
This petition has been created by Philippe G. and may not represent the views of the Avaaz community.
x


Seiner fishery is an old age method consisting in circling fishes in open water with a net. This net is spread out in between a leaden boltrope in deep water and a floating boltrope on surface: it is than manipulated by one or two seiners’ boats to circle the shoal. As a result, this technique targets a wide variety of fishes: salmons in the ADOUR estuary, Meagers in GIRONDE, Seabasses in AQUITAINE coast...

In south west France, this method from another age enriches two boats, known by all, who wrongly got media attention. One is based in ARCACHON, and the other one in CAPBRETON. Every recreational angler operating in the region, from the shore or on boat knows about their actions. Often surprised by the scene, every water sliding sport fan witnessed their deeds.

They go fishing too close to the beaches in one meter of water or less, in our famous “baïnes”, everywhere: space belongs to them, surfers have to deal with it at their peril, boaters are just “buggered of”, for them, nothing is forbidden, everything is permitted. Logs and complaints are accumulating but remain ignored. Surf spots are regularly surrounded. Thousands of sea shore anglers and hundreds of boaters accumulate empty-handed and frustrations. If by chance, few fishes are located by few recreational fishermen almost systematically one of these seiners of the region arrives as a prey bird to throw their seines at a few meters from the coast or on the located zone to swipe the shoal, wiping out amateur’s hope, just like a hold up!

On South West France beaches made with thin sand without any rocks, this method is dramatically effective, implemented with over motorised boats, guided by more and more sophisticated electronics, with unsinkable hulls, nets face no obstacle and teer the whole shallow water column. The shoal is almost systematically trapped...

Inexorably, they take ownership of the least seabass shoal, which venture near he coast. But the ressource is collapsing: EEC is now taking conscious of it by taking this winter 2014-2015 some restrictive measures, whereas scientists of all european countries have already sounded the alarm for many years. But nothing is done for the Golfe de Gascogne which is dying.

This scandale has been lasting for too many years now. The fact that the fish stock in our region is part of the past is unfortunately a sad reality that no study could deny. But the fact that common interest of the crowd of water and "baines" fans and recreational anglers’ interests are robbed and despised is a scandal that can’t be tolerated anymore.

The ocean and its inhabitants are part of the heritage of all citizens and certainly not to the preserve or “private fishing” of a few people who could exclusively help themselves boundlessly. Consciousness have to be reawakened! Common interest must prevail: respect of the ocean, our heritage, orders us to put a stop to those unfair practices.

Our beautiful region must be what it used to be in the 60’s and attract again nature and ocean respectful lovers, ensuring a securized practice of their leisure activity. Nature will take its course in a few years of practice of virtue. Moderate and supervised fishing with minimal and maximal landing sizes to protect both young fish and even more precious parents will enable a longlasting renewal of the ressource. Fishing tourism will finally explode in South West France shores and the every region where those common sense measures will be established. Bait shops will no longer decline but will grow everywhere, same for recreational boating. For sliding sports and swimming, incidents will cease, by and on the water, accidents will be avoided.

But the first to take advantage of those drastic changes will be professional fishermen who are targeted in this petition: they will happily move into fishing guides and will earn their living without squandering the ocean all around the year and without walking into their own execution but in making their customers sharing intense emotions.

Professionals will become themselves the most fervent supporters of a system wich proved itself in other many countries: they know it and are waiting for the signal to change practices and switch from “getting every fish quickly before the neighbour” to “responsible fishing to last long” and finally live in harmony with others and their every day environment.

Today: Philippe G. is counting on you