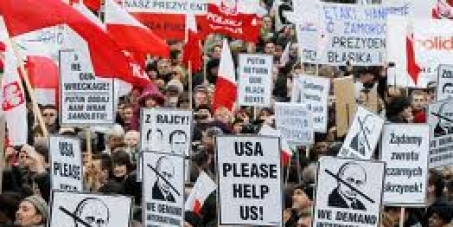 Do not allow the pseudo-documentary titled "Death of the President" bear the logo of the National Geographic Society!

By continuing you agree to receive Avaaz emails. Our Privacy Policy will protect your data and explains how it can be used. You can unsubscribe at any time. If you are under 13 years of age in the USA or under 16 in the rest of the world, please get consent from a parent or guardian before proceeding.
This petition has been created by Lidia S. and may not represent the views of the Avaaz community.
x

Sign this petition
Lidia S.
started this petition to
BOARD OF TRUSTEES, NATIONAL GEOGRAPHIC SOCIETY, 1145 17th Street N.W. Washington, D.C. 20036-4688, United States
Firstly, AVAAZ has been created to strengthen the voice of people and its goal cannot be achieved if we, the people, are misinformed and manipulated by media. “Death of the President,” already aired by the National Geographic Channel, should not be allowed to carry the trusted logo of the National Geographic Society because it does not follow its standards; instead, the producers present a piece of Soviet-style propaganda.

Secondly, the topic of the film is significant to all peoples represented by the AVAAZ movement all over the world because it presents a potentially dangerous precedent in the history of the world’s security, including the history of wars. The truth about the Polish official military plane crash in Smolensk, Russia on Apr. 10, 2010, claiming lives of 96 prominent Poles and changing the political landscape of the whole country and the region, has to be explained fully by independent experts, following acceptable standards, and not by a distorted documentary, even BEFORE official investigations have been completed.

Thirdly, I think we all need to show solidarity with the suffering families of the victims. Certainly, my heart goes out to the orphaned children, widows, widowers, older parents and grandparents of the 96 victims, who, because of the substandard documentary, have been subjected AGAIN to the already proven false public accusations directed at their loved ones.

Today: Lidia S. is counting on you

Lidia S. needs your help with "Do not allow the pseudo-documentary titled "Death of the President" bear the logo of the National Geographic Society!". Join Lidia S. and 1,821 supporters today