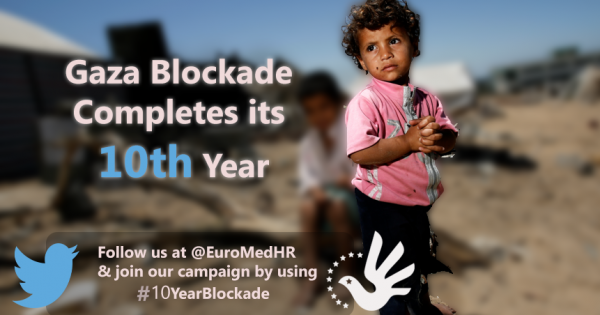 Federica Mogherini: Call on the EU to develop an independent Gaza seaport

By continuing you agree to receive Avaaz emails. Our Privacy Policy will protect your data and explains how it can be used. You can unsubscribe at any time. If you are under 13 years of age in the USA or under 16 in the rest of the world, please get consent from a parent or guardian before proceeding.
This petition has been created by Pam B. and may not represent the views of the Avaaz community.
x

Sign this petition
Pam B.
started this petition to
Federica Mogherini, High Representative of the EU for Foreign Affairs and Security Policy, Vice President of the EU Commission
More than a million Palestinians in Gaza have been mired in a miserable limbo for 10 years now—unable to make a living by freely fishing, farming or trading goods, or to leave for study abroad, medical care, work or family visits.

Israel imposed the blockade in response to a democratic election in which the Hamas party won a majority of parliamentary seats.

A few other sobering facts:

What’s the quickest way to bring some lasting freedom to Gaza? A seaport.

The Palestinians want the blockade to be lifted, with unrestricted travel and trade through the Erez (Israel) and Rafah (Egypt) crossings. But those countries tend to abrogate any agreements at any bump in the road. Thus, the only solution that has a chance for offering reliable independence for the people of Gaza is its own seaport. This would provide Palestinians in Gaza with a secure and dignified passageway to and from the outside world, free from dependence on the usually absent goodwill of Israel and Egypt.

A detailed plan already exists for implementing such a project (visit here: http://www.euromid.org/uploads/reports/Gaza_14-05.pdf), and both the French and Dutch governments had committed to funds and other resources to make it happen—until Israel refused to allow construction materials and other needed goods in.

We call on the European Union to apply serious pressure to Israel to remove the roadblocks! This will require far more than words--including trade sanctions if necessary.

Today: Pam B. is counting on you

Pam B. needs your help with "Federica Mogherini: Call on the EU to develop an independent Gaza seaport". Join Pam B. and 1,153 supporters today