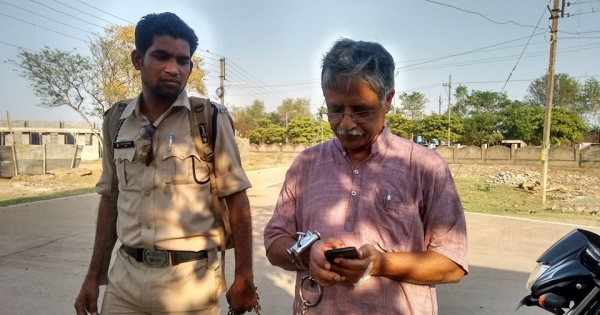 Sign this petition
Kamayani M.
started this petition to
Dr Raman Singh, Chief Minister, Chhattisgarh
Dr Saibal Jana, chief physician of Shaheed Hospital at Dalli Rajhara, Chhattisgarh has been arrested. He was picked up late at night by Chhattisgarh police. The hospital was founded Chhattisgarh Mukti Morcha led by Late Shankar Guha Niyogi and run by money collected from the workers of the area.

Dr. Jena's arrest comes close on the heels of the acid attack on Soni Sori and harrassment of her relatives. Dr.Saibal Jana was arrested in a case related to the police firing on agitating workers of the Bhilai Industrial Area on 1 July, 1992.
Dr Jana was, on that day, among the team of doctors providing medical assistance to trade union activists of the Chhattisgarh Mukti Morcha who were injured.
We believe that Dr Jana’s arrest in this case, after a gap of 24 years, is motivated by sheer vendetta against him by BJP led Raman Singh government, that has an ideological hatred of anyone who stands up for the democratic rights of workers, farmers and ordinary Indian citizens.
Dr Jana has served the people of Chhattisgarh selflessly for over three decades and deserves to be given a national award for his service to humanity. Instead the BJP government in Chhattisgarh is persecuting him, which is a matter of shame for all those who believe in the rule of law, fundamental rights enshrined in the Constitution and even basic human decency. All cases against Dr Jana should be withdrawn and he should be released with an apology.