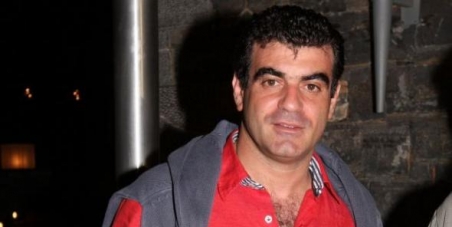 By continuing you agree to receive Avaaz emails. Our Privacy Policy will protect your data and explains how it can be used. You can unsubscribe at any time. If you are under 13 years of age in the USA or under 16 in the rest of the world, please get consent from a parent or guardian before proceeding.
This petition has been created by Simon D. and may not represent the views of the Avaaz community.
x

*10/28/12* Police have now arrested Vaxevanis after he deliberately tweeted his location. He has been released and is set to appear in court tomorrow Monday 10/29/12 at noon local time.

Tell the Athens District Attorney to drop all charges against Greek
journalist Kostas Vaxevanis. A warrant for Vaxevanis' arrest has been issued today for the alleged crime of "violating privacy legislation" as a result of today's special issue of his bi-weekly magazine HOT DOC publishing a list of 2,059 names and associated professions of Greek nationals from the client database of HSBC in Switzerland. More information on the revelations can be found at today's NY Times: http://nyti.ms/Rptn9V

The list has recently become a topic of controversy as it was discovered that successive finance ministers and prosecutors have failed to utilize the information to recover any tax revenue or even commence a single official investigation. The fact that the first arrest warrant to arise from the database is for the journalist who was leaked the information exemplifies the corruption and ineptitude that plagues recent Greek administrations.

The database has been in the possession of the Greek government since 2010 after being transferred by then French Finance Minister Christine Lagard to her Greek counterpart in order to assist in recouping lost tax revenue. Several other European governments including France, Spain, and Italy have used the information in the database to recover close to EUR 10 Billion (USD 13 Billion) in much needed revenue as they struggle with tough recessions.

All this while the Greece struggles with conditions of harsh economic depression as a result of EU/IMF imposed austerity that has disproportionately struck the middle and working classes. The list includes -among others- well known business people, journalists, doctors, lawyers, and media figures many of who have declared income that does not justify the amount of money in their HSBC accounts.

Today: Simon D. is counting on you