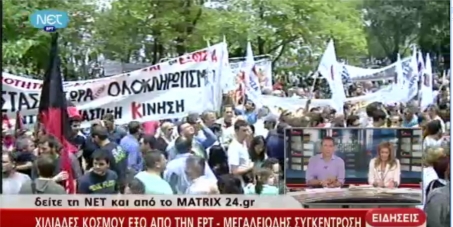 This petition is closed
23,144 have signed. Let's get to  30,000
23,144 Supporters
European Broadcasting Union E.
started this petition to
Antonis Samaras, Prime Minister of Greece
We, at the EBU, believe that the existence of public service media and their independence from government lie at the heart of democratic societies, and therefore any far-reaching changes to the public media system should only be decided after an open and inclusive democratic debate in Parliament – and not through a simple agreement between two government ministers. Public service media is an essential pillar of democratic and pluralistic societies across Europe.
Report this as inappropriate
There was an error when submitting your files and/or report.
Inaccurate Inappropriate language Hate speech Illegal Commercial/spam Offensive
×

Today: European Broadcasting Union E. is counting on you