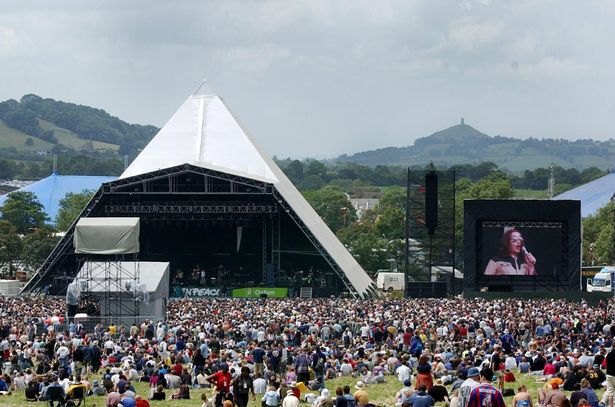 5G at Glastonbury Festival EE? NO thanks, we are not your guinea pigs!

By continuing you agree to receive Avaaz emails. Our Privacy Policy will protect your data and explains how it can be used. You can unsubscribe at any time. If you are under 13 years of age in the USA or under 16 in the rest of the world, please get consent from a parent or guardian before proceeding.
This petition has been created by Faye B. and may not represent the views of the Avaaz community.
x

We do not want 5G rolled out at Glastonbury Festival.  Masts in such a small area with so many people and wildlife.  With 5G still not having been tested thoroughly enough and long enough, there are serious concerns about this technology as you will read below.

"Over 240 scientists and doctors from 41 nations who have published research in the field have appealed to the United Nations calling for urgent action to reduce these ever growing wireless exposures and they wrote  the FCC for a moratorium on the roll-out of 5G citing the serious risks that to human health and the environment." (https://ehtrust.org/key-issues/cell-phoneswireless/5g-networks-iot-scientific-overview-human-health-risks/)

(Below text from the Plymouth Herald 24/04/19: By Martyn Landi and Max Channon - Live and Trending Editor )

A 'weapons grade' phone technology that has sparked health concerns and been linked with a spate of suicides at Bristol University will be tested at Glastonbury Festival. A 5G mobile network is to be trialled during Glasto as part of EE's ongoing trials of the technology. 5G is the next generation of mobile network and is expected to begin publicly rolling out later this year, offering internet speeds up to double that of current generation 4G.   EE has said it will
install five temporary masts across the Worthy Farm site, which will enable festival-goers to connect to 2G, 3G, 4G and - for the first time 5G - networks.

The trial will be the first time the technology has been installed at a festival.

While many scientists believe 5G is perfectly safe, some - including a public health professor at the University of California - have described 5g as "a massive experiment on the health of all species". Organisations, including a group in Cornwall called Villagers Against Masts (VAM), have launched campaigns to call for greater scrutiny of mobile phone technology and coverage, citing serious concerns over health risks, especially mental health.

Jane Harvey, founding member of VAM, said she has deep concerns about the amount of masts needed for 5g network. Research showed that having rolled out 5g in US, there has been massive spikes in depression and anxiety, as well as a host of other complaints. She added: "5g is a weapons grade frequency. There is no knowing the future implications for us – we are the guinea pigs.

"Over 200 scientists from 38 countries around the world have signed a petition to put on hold the 5g roll out. Thousands of scientists have published papers showing evidence of the harm 5g will cause." Jane also cited a spate of suicides at Bristol University. Over the last year or so, they have had an unprecedented number of students committing suicide.

“Bristol University has it’s own 5g network surrounding the uni. They use it to trial driverless cars etc. I think this is a factor that is worth considering since it is so closely linked with depression and anxiety.” she added.

The new 5g network communicates through millimeter waves (MMWs) rather than microwaves, as previous generations have. These smaller waves cannot travel as far, or through as many types of materials. This means that there will need to be far more individual 'small cell towers' closer together.

The 5G technology is too new to have been thoroughly tested and studied by many parties outside of cell service providers.

Dr Joel Moskowitz, a public health professor at the University of California, Berkeley, told the Mail Online MMWs could pose a very real danger. "The
deployment of 5G, or fifth generation cellular technology, constitutes a
massive experiment on the health of all species," he told Daily Mail Online. "Because MMWs are weaker than microwaves, they are predominantly absorbed by the skin, meaning their distribution is quite focused there. Since skin contains capillaries and nerve endings, MMW bio-effects may be transmitted through molecular mechanisms by the skin or through the nervous system."

The International Society of Doctors for the Environment, its subsidiaries in 27 countries and more than 200 doctors and scientists are also calling for the 5G roll out to be stopped, Dr Moskowitz told The Mail.

In a paper called 'Towards 5G communication systems: Are there health implications?' , published in the International Journal of Hygiene and Environmental Health, Italian doctor Agostino Di Ciaula said THE HEALTH EFFECTS WERE STILL UNDER INVESTIGATION - but oncologic and non-cancerous chronic effects have been suggested. "Underrating the problem could lead to a further rise in noncommunicable diseases," said Dr Di Ciaula.

However, other scientists are convinced 5g signals pose no danger to health.

Pete Jeavons, EE and BT marketing and communications director: WE DO NOT WANT 5G AT GLASTONBURY FESTIVAL
Michael Eavis.. we protest against 5G being allowed to be experimented with at your festival.