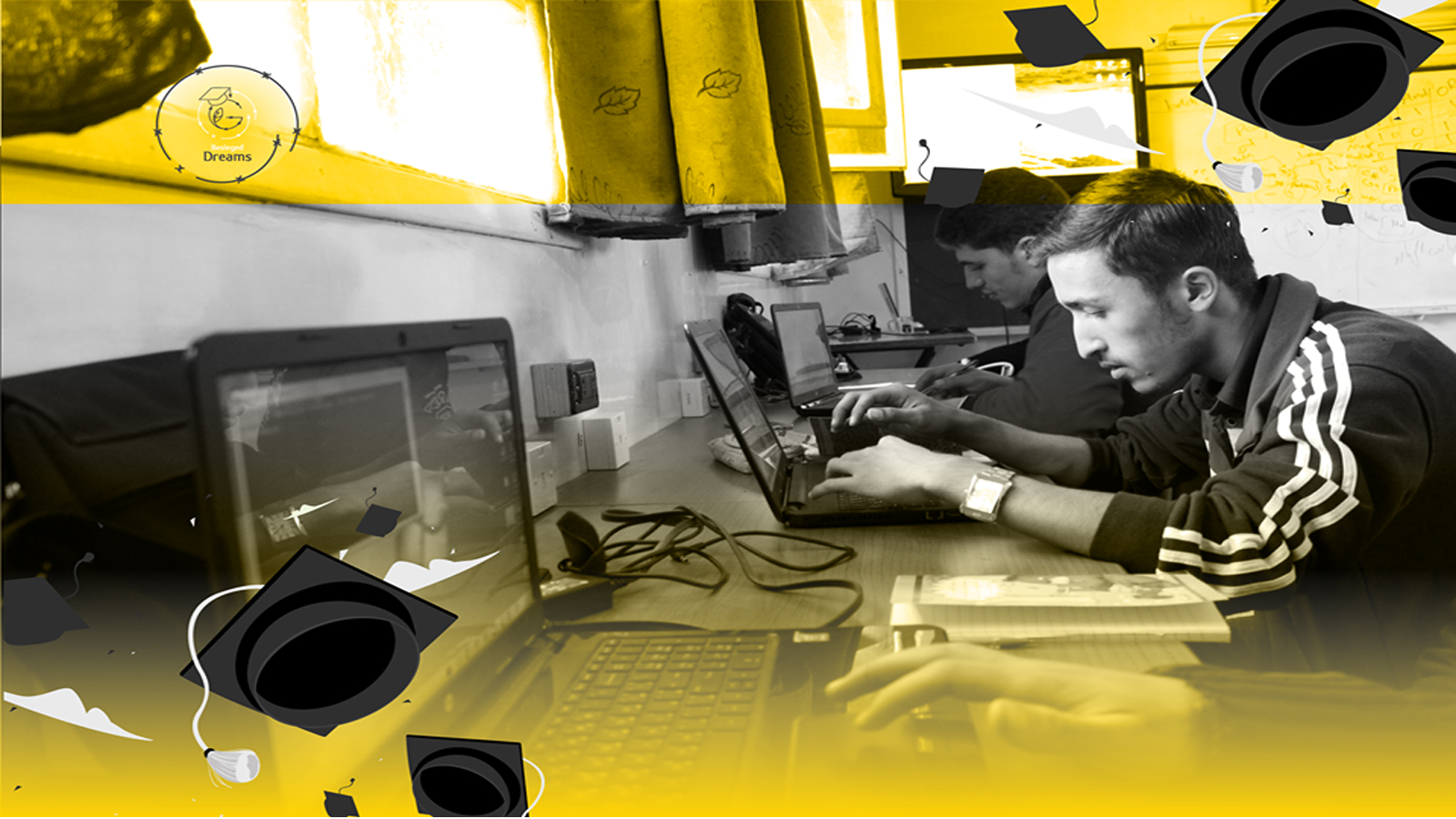 By continuing you agree to receive Avaaz emails. Our Privacy Policy will protect your data and explains how it can be used. You can unsubscribe at any time.
This petition has been created by Act for Ghouta c. and may not represent the views of the Avaaz community.

Sign this petition
Act for Ghouta c.
started this petition to
ETS, College board, British council.
We are a group of students from Eastern Ghouta, Syria. Following the peaceful revolution our area became free from the control of the regime, it responded by placing under us a complete siege. The siege impacted every aspect of our lives. It wasn’t only a matter of food and hunger, they tried to take everything, including our right to education. University students couldn’t leave to attend classes and younger students were left without schools.

After we got used to living under siege local groups provided alternative programs to provide us with education against the backdrop of shelling, bombardment and siege. Despite all these difficult conditions we thrived and finished elementary, middle and high school, but upon graduation we found no accredited universities to complete our education.  Finally, after 5 years the siege is over, but unfortunately it was ended with forced displacement. We have been forcibly displaced to the northern countryside of Aleppo where there is also no accredited universities.

Never giving up we are looking for other ways to follow our dreams -- one is international scholarships and online programs at good universities but these require special tests for entrance like (SAT, ACT, YOS) and language proficiency exams like (TOEFL, IELTS, TOMER).

We can do all the studying needed to succeed but you can only sit these exams in an accredited “exam centers” -- there are none in northern Syria and it’s impossible to find a legal way to enter Turkey to sit the exams there. It sounds a small detail but for us its difference between a gateway to education and the future we want.

We are still trying our best by applying to scholarships and searching for online programs, but our chances of acceptance are close to zero without these exams. It’s not just us, thousands of students in the north of Syria face the same challenge. We are the students who are supposed to rebuild Syria and be its future.

We believe in the power of people’s voices so we’re asking for your help to bring this issue to the officials who can make it happen by establishing exam centers in northern Syria and in doing releasing our Besieged Dreams.
Report this as inappropriate
There was an error when submitting your files and/or report.
Inaccurate Inappropriate language Hate speech Illegal Commercial/spam Offensive