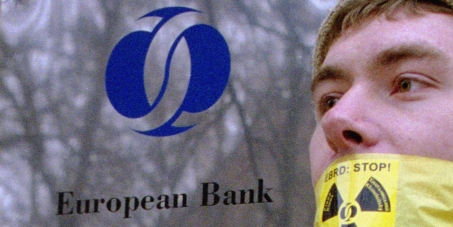 EU: Don't fund the next Chernobyl

This petition is closed
954 have signed. Let's get to  2,000
954 Supporters
Andryi M.
started this petition to
Board of Directors, European Bank for Reconstruction and Development
Having grown up in the shadows of Chernobyl, I know only too well about the threat that nuclear power poses. So I was shocked to learn that my government is seeking public EU money to keep Ukraine’s old and dangerous nuclear plants running far past their safe retirement date. But if we act now, we can stop them.

Right now Ukraine is negotiating a loan deal that would keep the country powered by old nukes for years to come, using the money of taxpayers across the globe to do so. Yet the government is doing its best to keep the deal quiet – it hasn’t notified its neighbours like Poland and Slovakia of its nuclear intentions, in spite of signing international commitments to do so, nor has it even asked for the opinion of its own citizens.

But Ukraine can only receive this loan if all governments agree, and some are expressing doubts about the soundness of this program. Let’s join our voices together with the growing resistance to the nuclear menace and deliver a message that might just be enough to shut down Ukraine’s plans for a nuclear renaissance.

Today: Andryi M. is counting on you