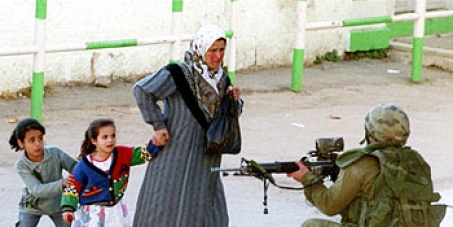 Call on The EU to boycott Illegal Israeli Settlements

By continuing you agree to receive Avaaz emails. Our Privacy Policy will protect your data and explains how it can be used. You can unsubscribe at any time. If you are under 13 years of age in the USA or under 16 in the rest of the world, please get consent from a parent or guardian before proceeding.
This petition has been created by Fearghal M. and may not represent the views of the Avaaz community.
x

In November 2012 the UN recognized Palestine as a state however there are still 500,000 Israeli settlers living in settlements built on land seized from Palestinians.

These Settlements are illegal according to International Law the U.N.and the E.U. However the E.U. (Israels largest trading partner) continues to support them by trading with them with an estimated value or €96 million - €160 million.

Palestinians are subjected to restrictions movement, land confiscations, demolitions, ware shortages and violence due to settlements and settlement expansion.

Please add your name to the call for The EU to boycott goods produced in Israeli Settlements until Israel agrees to stop settlements expansion until a final deal on a two state solution is reached and Israelis and Palestinians can live in peace.

Today: Fearghal M. is counting on you