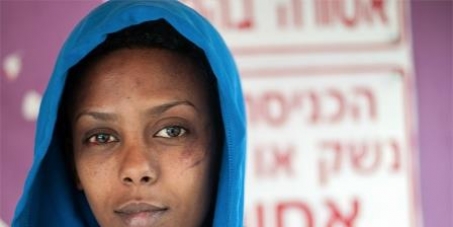 By continuing you agree to receive Avaaz emails. Our Privacy Policy will protect your data and explains how it can be used. You can unsubscribe at any time. If you are under 13 years of age in the USA or under 16 in the rest of the world, please get consent from a parent or guardian before proceeding.
This petition has been created by Matthias L. and may not represent the views of the Avaaz community.
x

Sign this petition
Matthias L.
started this petition to
Wafaa Bassim, Permanent Representative of Egypt to the UN

UN says: The human trafficking in Sinai is one of the most unreported humanitarian crises in the world! Let's change that! YOUR voice could stand for ONE of the 7'000 tortured refugees...

The Sinai Peninsula is best known for being a holiday destination -- but for thousands of vulnerable refugees it has become a torture trap. Egypt and Israel can put an end to the Sinai Death Camps, but they need to hear from us now.

Lured from refugee camps with false promises or kidnapped by criminal gangs, the victims -- who are mostly from Eritrea, Somalia and Sudan -- are used to extort money from relatives. Tortured every day through rape, being hung upside down for hours, and burning with electric cables their screams are relayed to relatives over the phone, along with demands for money.

Four thousand are thought to have died already. In July, Israel allowed Egypt to deploy more forces to the area in an effort to address the lawlessness. But with the spotlight on Egypt's domestic problems, any progress is quickly evaporating. Let's make sure it won't take another 4000 deaths by calling on Egypt and Israel to act now.

The UN says this is "one of the most unreported humanitarian crises in the world" -- and it's happening right under the noses of the Sinai key players. The Egyptian government and army, the international MFO forces at the UN base, the Israel army all know about the torture camps, but there's no political will to intervene.

In April, Amnesty International reported that “many people held captive in Sinai have been subjected to extreme violence and brutality while waiting for ransoms to be paid by families. Including beatings with metal chains, sticks and whips; burning with cigarette butts or heated rubber and metal objects; suspension from the ceiling; pouring gasoline over the body and setting it on fire…being urinated on and having finger nails pulled out. Rape of men and women, and other forms of sexual violence have been frequently reported.”

The New York Times estimates that 7,000 refugees have been abused in this way over the last four years, and that 4,000 of them may have died. These figures are drawn from data provided by aid organizations in Israel, Europe and the United States.

The power in the Sinai region besides the local tribes has the Egyptian Army. But because of an Egyptian-Israeli peace treaty of 1979 the number of Egyptian forces that can be deployed in the Sinai is limited. In July in acknowledgment of the grave situation in Sinai, Israel permitted the Egyptian army to deploy two more infantry battalions to the peninsula. But without international pressure most likely no intervention against the human trafficking will happen through the key players.

We have to act now! The unsecure political situation in Egypt gives even more room for lawlessness in the Sinai region. Let’s get 7’000 voices before these meetings: ONE voice for every abused and tortured refugee!

Eritrean refugees in Tel Aviv, many of whom have endured the horrors of the Sinai torture camps, ask why no one – not Israel, Egypt, the US nor the EU – will intervene to stop the brutal trade in human lives. Let’s give them a strong voice!

Today: Matthias L. is counting on you