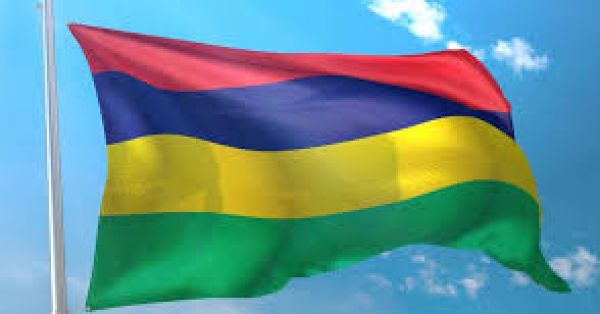 By continuing you agree to receive Avaaz emails. Our Privacy Policy will protect your data and explains how it can be used. You can unsubscribe at any time. If you are under 13 years of age in the USA or under 16 in the rest of the world, please get consent from a parent or guardian before proceeding.
This petition has been created by Vash P. and may not represent the views of the Avaaz community.
x

Sign this petition
Vash P.
started this petition to
Electoral Commisioner of Mauritius
“Someone struggled for your right to vote. Use it.” – Susan B. Anthony

There are currently over tens of thousands of Mauritian Nationals who are either studying or working abroad (actual figure not available from Statistics Mauritius).

In most cases, during a General Election, these citizens are not able to exercise their rights to vote unless they forked out tens of thousands of Rupees and flew back to Mauritius to attend their registered polling stations on Election day. This situation has been unchanged for the past 5 General Elections (2014, 2010, 2005, etc) at least.

So, how do we exercise our Constitutional Right as citizens of Mauritius?
Well, there are solutions already in place, and that are used effectively in many other countries:
1. Voting by Proxy
2. Postal Vote
3. E-Voting (Internet Voting)

However, in Mauritius, currently, the Electoral Commission stipulates that Voting by Proxy is only restricted to Police staff, Election Officers, Service Electors, and Candidates nominated for election, as per the below guidelines from the Electoral Commission.
Voting by proxy is restricted to certain categories of persons according to the regulations of the relevant elections e.g. for the National Assembly Elections only the following persons are entitled to vote by proxy:-
(a) members of the Police and election officers engaged in the performance of duties on election day;
(b) Service electors or any elector other than a service elector who is -
(i) serving as Ambassador, High Commissioner or other principal representative of Mauritius abroad; or
(ii) a public officer performing duties on behalf of the Government of Mauritius under a person specified in sub-paragraph (i); or
(iii) a member of the family of a person specified in subparagraph (i) or (ii) and forms part of his household abroad;
(c) any candidate duly nominated for election;
(d) any public officer who is an elector in Rodrigues and who is serving in the Island of Mauritius; and
(e) any public officer who is an elector in any constituency in the Island of Mauritius and who is serving in Rodrigues.

As an example, in the UK, every UK citizen residing overseas is allowed to vote by post or by proxy, subject to certain administrative criteria being met (https://www.electoralcommission.org.uk/i-am-a/voter/overseas-voters).

At the last General Election in 2014, there were 936,975 individuals registered to vote. However, only 694392 people actually went to Polling Station to cast their votes and 242582 did not vote. Out of that 242582, a large portion consists of Mauritian Citizens who were abroad at the time of Election.
If we consider that to be 50% of the total, that figure translates into over 121000 Mauritian Citizens who have not been able to exercise their Right to Vote as per the Constitution of Mauritius, due to the restriction on Vote by Proxy and Postal Vote.

As more and more students move abroad to study (with parents increasingly inclining to send their kids to Australia, US, Europe, etc) and more people move abroad to work for a specific period, this number is set to increase dramatically. These people, who would ideally have plans to return back to the country after their studies or work, therefore do not have the opportunity to voice out their opinions on choosing the next Government through a General Election.

For example, someone who is 25 and currently studying for a 1-year Masters’ degree in Australia would be denied the opportunity to vote at the General Elections on 7th November 2019. Thus, that person would technically not have a voice in deciding who would govern the country, for the next 5 years, where they would return back to live and work, after their graduation, in 2020.
If you do not have the opportunity to vote despite having the right to vote, it is indeed an unfair and undesirable situation to be in.

“By signing this petition, I would like to humbly request the Electoral Commission of Mauritius to allow and arrange E-Voting, Vote by Proxy or Vote by Post for all Mauritian citizens abroad at the earliest possible. I would also like to request this to be carried out as soon as possible by liaising with the appropriate Mauritian Embassies in countries, to arrange e-voting set ups, postal vote documents or organise ballot boxes.”

We are hugely impressed and encouraged to see that a Young, Vibrant and Positive group like Enforce Maurice! (facebook.com/AnsamPouMoris) is with us to make this petition global.

********UPDATE*******
We have had a response from The Office of the Electoral Commissioner Mauritius Facebook Page, whereby Mr Darmajai MULLOO, Deputy Chief Electoral Officer, provided an explanation on how and why Vote by Proxy (Voter par Procuration) is not available to ALL Mauritian Nationals.  However we have not heard anything about Vote by Post, which is NOT a restriction for Mauritian Nationals, as per the Law.
**********UPDATE********

“Voting is the expression of our commitment to ourselves, one another, this country and this world.” – Sharon Salzberg