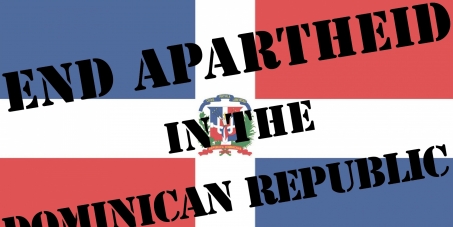 End apartheid in the Dominican Republic

By continuing you agree to receive Avaaz emails. Our Privacy Policy will protect your data and explains how it can be used. You can unsubscribe at any time.
This petition has been created by LakouNY A. and may not represent the views of the Avaaz community.

Today, in 2013, Haitians and Dominicans of Haitian descent are still living in perpetual fear of their lives in the Dominican Republic and daily face arbitrary and ruthless deportation. Haitian immigrants practically have no rights and a recent ruling of the Dominican Constitutional Court (168/13) renders stateless 4 generations of Dominicans of Haitian descent that the country's own laws had recognized as Dominicans for over 80 years. With this ruling, they are to be immediately denied or stripped of their birth certificates, identity and voting cards, and passports.
Report this as inappropriate
There was an error when submitting your files and/or report.
Inaccurate Inappropriate language Hate speech Illegal Commercial/spam Offensive
×

Today: LakouNY A. is counting on you

LakouNY A. needs your help with "End apartheid in the Dominican Republic". Join LakouNY A. and 2771 supporters today