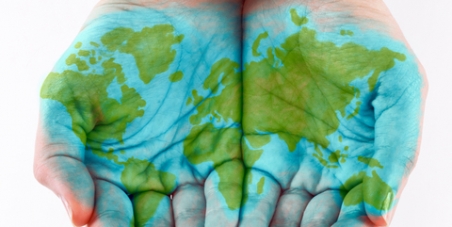 This petition is closed
50 Supporters
Marian F.
started this petition to
G8 leaders meeting in Fermanagh Northern Ireland 17-18th June 2013
Imagine a world without poverty. Imagine enough money for everyone and no debt.

In the UK, the Bank Charter Act 1844 gave sole legal power to the Bank of England to issue bank notes and coins into the economy. Similar legislation in other countries gives this power to their Central Banks. Incredibly, no country has updated their legislation to include the creation of digital money. Around 3% of the money in circulation in the UK is in the form of notes and coins. The other 97% is created by banks and building societies as numbers in computer systems. (10% of the European and less than 3% of the American money supply is issued by their central banks).

That this happens and is largely unregulated is bad enough. Even worse is the fact that this 97% is created as credit (loans) so that individuals and businesses are going into debt to create our money supply. If all the debts were paid, there would be no money! Which is why governments do all they can to bail out banks.

Imagine the G8 leaders having the courage to end the power of the banks to create our money supply out of nothing- and then charge interest on it!

The G8 leaders have it in their power to end recession, end poverty, ensure there is enough money for housing, for food production, for healthcare, for education, for all our needs. Tell them to start treating banks as the private profit-making companies they are. Tell them to legislate for accountable mechanisms for issuing debt-free money into the economy. Tell them to end the debt-based money system.

Today: Marian F. is counting on you