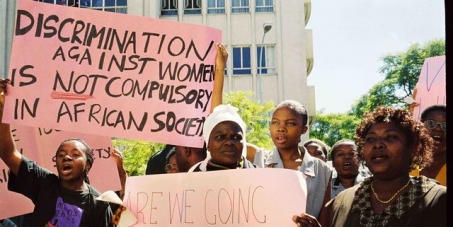 By continuing you agree to receive Avaaz emails. Our Privacy Policy will protect your data and explains how it can be used. You can unsubscribe at any time.
This petition has been created by Zimbabwean W. and may not represent the views of the Avaaz community.

Sign this petition
Zimbabwean W.
started this petition to
The Co-Ministers of the Ministry of Home Affairs,
The Zimbabwean police Commissioner
Zimbabwean women are outraged by the continuation and escalation of the arbitrary arrests and harassment of women in Zimbabwe on grounds of loitering, soliciting and prostitution, whilst going on with their daily business during the day or in the evening.. These arrests infringe women’s human rights and have far reaching implications for the way in which Zimbabweans engage with women and treat women in all sectors and at all levels.

Zimbabwean women live in fear of arrest which compromises their access to education through night schools or to work in jobs that might might place them in public spaces at night time. This petition is important in putting an end to these unlawful arrests of women that compromise their citizenship right to freedom of movement.

Help put an end to the police curfew on women's movement in Zimbabwe.
Report this as inappropriate
There was an error when submitting your files and/or report.
Inaccurate Inappropriate language Hate speech Illegal Commercial/spam Offensive
×

Today: Zimbabwean W. is counting on you