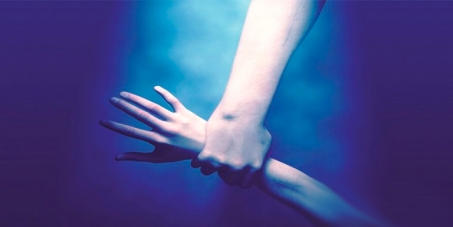 By continuing you agree to receive Avaaz emails. Our Privacy Policy will protect your data and explains how it can be used. You can unsubscribe at any time. If you are under 13 years of age in the USA or under 16 in the rest of the world, please get consent from a parent or guardian before proceeding.
This petition has been created by StopSlaveryInEritrea.com _. and may not represent the views of the Avaaz community.
x

Sign this petition
StopSlaveryInEritrea.com _.
started this petition to
Ending Italy’s rescue operation Mare Nostrum without replacing it by a well-resourced European search and rescue initiative would mean more deaths at sea.

One year ago, just a few days after more than 300 people drowned off the coast of Lampedusa, Italy launched the Mare Nostrum operation to ensure search and rescue of migrants in the Mediterranean. Since then, Mare Nostrum has saved around 150,000 people.

“Everyone was horrified at the loss of lives off Lampedusa one year ago. Italy did something about it. Now this life-saving Mare Nostrum operation is at stake. Refugees, many fleeing war in Syria and oppression in Eritrea, cannot stay in lawless Libya and it is not possible for them to reach a safe place legally and safely. If Mare Nostrum ends without being replaced by a well-resourced operation whose priority is to save lives, more people will die in their attempt to reach our shores. A European effort is urgently needed, if the EU is really serious about putting an end to the deaths in the Mediterranean,” said Michael Diedring, Secretary General of The European Council on Refugees and Exiles (ECRE).

"Ending Mare Nostrum without a European search and rescue operation to replace it would place more people at risk. We need to maintain a strong capacity to rescue refugees and migrants who are trying to find safety in Europe. We also need to increase legal alternatives to these dangerous voyages, which puts people's lives at risk in the hands of smugglers", said Vincent Cochetel, Director of the UNHCR Bureau for Europe.

Carlotta Sami, spokesperson for the UN's high commissioner for refugees in southern Europe, warned any reduction in the capacity of the new mission – to be called "Frontex Plus" – would have a clear impact. "The risk is that more people will die"

The British government said that it wants to avoid the “pull factor” of an "excessively" helping hand for the thousands of migrants who have decided to risk their lives by boarding rickety crafts to Europe. This is like saying let’s not make seat belts obligatory so that the rising number of deaths from car accidents become a disincentive for dangerous driving. In any case, many of them had been travelling well before Italy’s Mare Nostrum search and rescue operation had been put in place.

Some 3,000 people have drowned attempting to cross the Mediterranean this year - the vast majority of them in Libyan waters, outside the area where Mare Nostrum was operated. The figure would be higher if not for the Italian navy’s search-and-rescue operation which is due to end this week.

If the Mare Nostrum operation is stopped then the numbers of people drowning will undoubtedly increase and we shouldn't have to wait for another Lampedusa tragedy for politicians in the UK, France or Spain to decide what is more important: the politics of keeping desperate migrants out or the politics of fishing refugees out of the water.

We call on the EU to stop playing politics with migrants lives and put in place a well-resourced European search and rescue initiative.