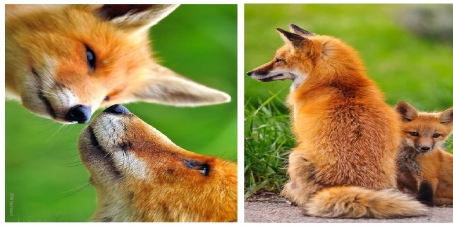 By continuing you agree to receive Avaaz emails. Our Privacy Policy will protect your data and explains how it can be used. You can unsubscribe at any time.
This petition has been created by Paul C. and may not represent the views of the Avaaz community.

Prime Minister David Cameron wants to call a free vote on a Government Bill to repeal the Hunting Act passed by the former Labour administration in 2004, which banned the use of dogs to hunt foxes and other wild mammals in England and Wales.

This repeats a pledge made in the Conservative manifesto for the 2010 general election, which Cameron was prevented from fulfilling because of opposition from Liberal Democrat coalition partners. Writing in the Countryside Alliance magazine, Cameron said: "The Hunting Act has done nothing for animal welfare. A Conservative Government will give Parliament the opportunity to repeal the Hunting Act on a free vote, with a government Bill in government time."

The Boxing Day hunts that take place every year make a mockery of the 2004 Hunting Act, and they are horrifically cruel. Foxes stand little chance against riders on horseback and packs of hounds who have been bred to sniff out animals and chase them for hours on end. When the foxes become exhausted or cornered and are unable to escape, the dogs often rip them apart – an excruciating and slow death.

It's illegal to hunt foxes with packs of dogs under the Hunting Act, and more than 500 individuals have been prosecuted under the act from the time the legislation took effect in February 2005 to the end of last year. Figures released by the Ministry of Justice in July revealed that hunting prosecutions in 2013 were at an all-time high. One person, on average, is prosecuted under the act every week, and around two-thirds are found guilty.

The vast majority of the British public opposes releasing packs of dogs to chase down and tear apart terrified foxes, and in the 10 years since the Hunting Act was passed, support for it remains robust.

And it couldn't come at a worse time. Hunters were recently filmed intentionally feeding foxes in areas where foxes are hunted – apparently to encourage the animals to breed and remain there so hunters can kill them.