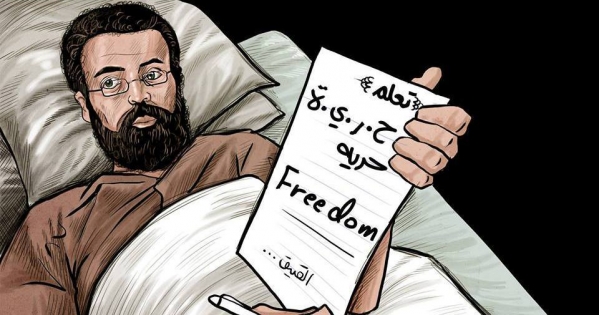 By continuing you agree to receive Avaaz emails. Our Privacy Policy will protect your data and explains how it can be used. You can unsubscribe at any time. If you are under 13 years of age in the USA or under 16 in the rest of the world, please get consent from a parent or guardian before proceeding.
This petition has been created by ISM I. and may not represent the views of the Avaaz community.
x

Sign this petition
ISM I.
started this petition to
European Parliament
- Mohammed al-Qiq, a Palestinian journalist,
is on his 80th day of a hunger strike protesting his torture and administrative detention without charge or trial by Israel. He is at imminent risk of death.

Today: ISM I. is counting on you

ISM I. needs your help with "European Parliament : Release al-Qiq! The EU Must end support of Israel's administrative detention". Join ISM I. and 3,692 supporters today