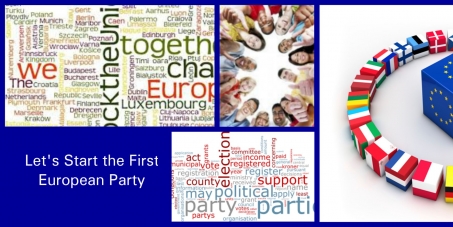 By continuing you agree to receive Avaaz emails. Our Privacy Policy will protect your data and explains how it can be used. You can unsubscribe at any time. If you are under 13 years of age in the USA or under 16 in the rest of the world, please get consent from a parent or guardian before proceeding.
This petition has been created by Ana R. and may not represent the views of the Avaaz community.
x

Petition asking the European Parliament for the Right to Work to be applied, supporting a further European Citizens’ Initiative

Every European Citizen has the right to work. Without having proper access to work they do not have the full dignity of citizens. Among other things, the right to work refers to the creation of jobs, putting an end to unpaid internships and underpaid jobs.

With the support of your signatures, we will ask the European Parliament to guarantee that these rights will be applied in all EU Member States. We must stop this situation in which the citizens are deprived ofwhat are basic rights.