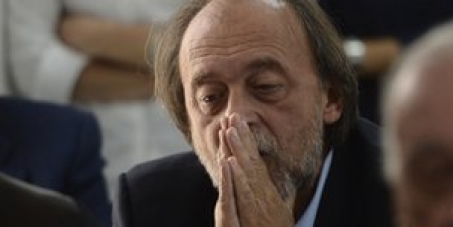 Fair trial for the Italian seismologists in L'Aquila

By continuing you agree to receive Avaaz emails. Our Privacy Policy will protect your data and explains how it can be used. You can unsubscribe at any time. If you are under 13 years of age in the USA or under 16 in the rest of the world, please get consent from a parent or guardian before proceeding.
This petition has been created by Milen I. and may not represent the views of the Avaaz community.
x

Sign this petition
Milen I.
started this petition to
Giorgio Napolitano, President of Italy, Marco Billi, Judge who pronounced the sentences, Italian court of appeals

On April 6, 2009, the L'Aquila earthquake took the life of 309 people. Tragic as that may be, these things happen, and earthquakes cannot be stopped. They can sometimes be predicted, but most often can't.
The Italian justice system does not agree with that - today, the court in L'Aquila found six seismologists and one government official guilty for failing to predict the earthquake and for reassuring the population to stay at home.

There are a few problems with the verdict:
- The scientists could not have predicted the earthquake
- They did not make a public statement calling for people to stay at home
- They received heavier jail sentences than the prosecution asked - 6 years in prison plus a heavy fine for each of them

The scientific world is shocked and dismayed that the seismologists are used as scapegoats for a natural disaster, which simply cannot be predicted. More than 5,000 scientists signed an open letter to Italian President Giorgio Napolitano in support of the group in the dock. (BBC article)

Furthermore, this case will have a chilling effect on seismology in Italy, scaring scientists to make predictions when they can. Their work is already difficult enough. Adding the threat of jail time should they make a mistake will create a very bizarre situation - seismological stations in Italy will start giving out warnings just to be safe, which would lead to a lot of unnecessary panic and will harm the future of seismological research in Italy.

Today: Milen I. is counting on you

Milen I. needs your help with "Fair trial for the Italian seismologists in L'Aquila". Join Milen I. and 615 supporters today