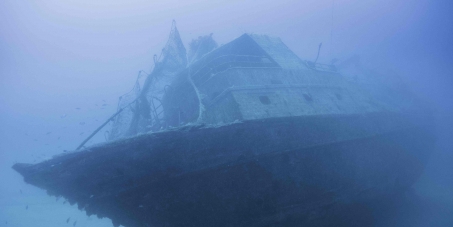 Federica Mogherini: Please don't let the Mediterranean be a graveyard for migrants.

By continuing you agree to receive Avaaz emails. Our Privacy Policy will protect your data and explains how it can be used. You can unsubscribe at any time.
This petition has been created by Catherine A H. and may not represent the views of the Avaaz community.

photo: Francisco Zizola/NOORThis photograph shows the wreck of the Libyan fishing boat that sank off Lampedusa on 3rd October 2013. More than 360 migrants drowned. In response Italy set up its Mare Nostrum search and rescue operation, which saved many thousands of lives the following year. European governments, including the British Government, argued that Mare Nostrum was serving as a ‘pull factor’ and actively encouraging migrants to embark on the dangerous crossing to Europe. In October 2014 Mare Nostrum was replaced by the European border management agency Frontex’s Triton operation, which has a stated primary focus of securing European borders. More than 400 migrants are believed to have died in the Mediterranean in the first month and a half of this year (the corresponding figure last year was 27). Of these, 29 died of hypothermia on the decks of the small patrol boats that had rescued them. The Mayor of Lampedusa, Giusi Nicolini, said this was a consequence of the cancellation of Mare Nostrum: there are no longer any large ships patrolling the waters near Libya. One survivor told his rescuer, ‘We know what fate we’re going towards and [we understand] the probabilities of dying, but it’s a sacrifice we consciously make to have a future’. William Lacy Swing, Director General of the International Organisation for Migration, says: ‘At a time when one in seven people around the world are migrants, we are seeing an extraordinarily harsh response to migration in the developed world…. Limited opportunities for safe and regular migration drive would-be migrants into the hands of smugglers, feeding an unscrupulous trade that threatens the lives of desperate people. We need to put an end to this cycle. Undocumented migrants are not criminals. They are human beings in need of protection and assistance and deserving respect.’ The European Commission document Migration and Asylum, Building an Open and Safe Europe, states: ‘The EU protects people fleeing persecution and war’. The duty to protect those in need is enshrined in the EU’s Charter of Fundamental Rights and the Treaty on the Functioning of the European Union. It is also an international obligation resulting from the 1951 Geneva Convention relating to the Status of Refugees. Please sign this petition and share it with friends, relatives, networks and organisations. Thank you. http://ec.europa.eu/dgs/home-affairs/e-library/docs/brochure-migration-and-asylum/brochure_asylum_an....