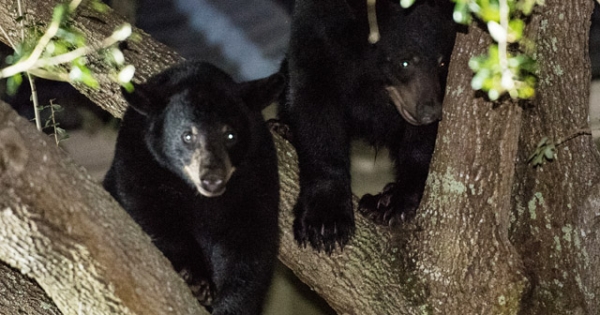 Say NO to a Florida Black Bear Trophy Hunt in 2016: Tell Governor Scott to Let Scientists Run the FWC!

By continuing you agree to receive Avaaz emails. Our Privacy Policy will protect your data and explains how it can be used. You can unsubscribe at any time.
This petition has been created by Karin B. and may not represent the views of the Avaaz community.

Sign this petition
Karin B.
started this petition to
Florida Governor Rick Scott
One of the "hunters" video-taped as he killed a majestic bear. He is very proud of it and has posted the video online with an invite to share it. Here is the link. It is graphic, so viewer caution is advised.

Saturday, October 24, was the first day of the Florida Black Bear Hunt. As expected it was a massacre that was called off early on Sunday, October 25. Hunters were shooting any bear they saw. The hunt was soon out of control and in some areas three times the allowable number of bears were killed. One third of all bears killed were lactating females, leaving 200-300 cubs as young as five days to fend for themselves. Many will not make it, because they are simply too young. Although illegal, a number of "hunters" killed cubs and smuggled them out in coolers. It was a heart-breaking sight:


The Florida Black Bear was protected until 2012, we have no idea how many/few there are, but some of the FWC Commissioners in charge of "managing" our wildlife wanted to go hunting.

1. Florida Black Bear hunt: The FWC decided to have its first black bear hunt in 21 years although the state does not know how many black bears there are; the Black Bear was just recently delisted from the threatened species list; AND research has shown that there is a very simple tool to avoid human-black bear conflicts through the use of bear-safe trash cans. In addition, the Black Bear hunt will take place in areas where there have not been any human/black bear conflicts. Further, the FWC has already sold over 2000 permits to kill although hunters are only allowed to kill a total of 320 bears. Scientists working for the FWC admit that there is absolutely no way to stop hunters from killing bears once the 320 limit has been reached. This is going to be an uncontrolled massacre of black bears by people like Ted Nugent who have been allowed to purchase a license to kill.

All of the current Commissioners are either developers, contractors, lawyers, and/or ranchers who enjoy hunting and fishing:

Aliese P. "Liesa" Priddy owns and operates the JB Ranch in Southwest Florida and learned to hunt and fish early on.

Ron Bergeron, an engineering contractor, is president and owner of Bergeron Family of Companies, based in Ft. Lauderdale.

Richard Hanas is Senior Vice President for Corporate Administration and Governmental Affairs for A. Duda & Sons.

Adrien Bo Rivard has been a partner with Harrison Rivard Duncan & Buzzett since 2002 and is the past-president of the Bay County Chamber of Commerce.

Charles W. Roberts III has been president of Roberts and Roberts Inc. and Culpepper Construction Company Inc. since 2013. Previously, Roberts was president of C.W. Roberts Contracting Inc. for 38 years.

Robert A. Spottswood is the chief executive officer of Spottswood Companies Inc. He currently serves as a member of the Third District Court of Appeals Judicial Nominating Commission and the Governor’s Commission on Healthcare and Hospital Funding.

A FWC run by Commissioners who value our environment AND our wildlife is what we have deserved. Rick Scott, the Florida Governor, keeps emphasizing that he is not a scientist; so we need to make sure that we have a FWC that is run by scientists so the governor can make decisions that are based on solid science. We also need to make sure that some of the Commissioners are environmentalists and from the tourist industry because many of our tourists come here to enjoy our wildlife and natural environment. Since tourism is one of our biggest industries (next to farming) and there have already been calls to boycott Florida as a travel destination, we need to speak up to save our wildlife, natural environment, and our economy.

Today: Karin B. is counting on you

Karin B. needs your help with "Say NO to a Florida Black Bear Trophy Hunt in 2016: Tell Governor Scott to Let Scientists Run the FWC!". Join Karin B. and 10479 supporters today