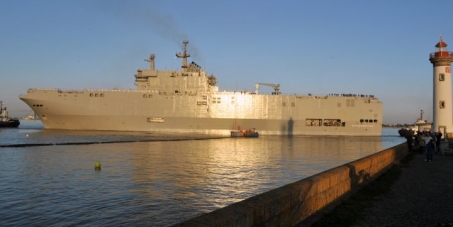 By continuing you agree to receive Avaaz emails. Our Privacy Policy will protect your data and explains how it can be used. You can unsubscribe at any time. If you are under 13 years of age in the USA or under 16 in the rest of the world, please get consent from a parent or guardian before proceeding.
This petition has been created by Evar R. and may not represent the views of the Avaaz community.
x

Sign this petition
Evar R.
started this petition to
France’s Foreign Minister Laurent Fabius
Since late February, the world has seen Russia sending its troops to Crimea under the pretext of defending Crimea's ethnic Russian community. From what is anybody's guess.

Crimea's "referendum", which should be rather called an utter farce, claimed that over 95% of the Crimean people voted for joining Russia. However, phenomenons such as dead people voting, possibility to vote multiple times in different voting points and voting with Russian passport have been reported. Referendum in the environment of propaganda posters and armed soldiers can never be considered legitimate. Simple math shows that 123% of Crimeans voted, more than there are people in Crimea.

Right now Putin is acting like another well known dictator from the last century. Such aggression cannot be tolerated in our time and in modern world. By urging Russia diplomatically to de-escalate crisis, yet supplying the agressor with modern warships is a double standard and puts France's and Europe's values into question.

Today: Evar R. is counting on you