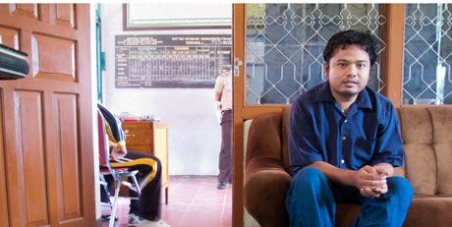 Victory
This petition is closed
50 Supporters
Ed C.
started this petition to
President Susilo Bambang Yudhoyono of Indonesia, Amir Syamsuaddin, Minister of Law and Human Rights
Alex Aan is in prison in West Sumatra for posting a Facebook entry saying “god doesn’t exist”. He should be freed immediately and unconditionally.

Indonesia's state philosophy – pancasila requires belief in one god. Agnostics and atheists are criminalised. Indonesians are protected by law only if they believe in one of six credos: Islam, Catholicism, Protestantism, Buddhism, Confucianism and Hinduism. Those who question any of those face five years in prison for "insulting a major religion", plus an additional six years if they use the internet to spread such "blasphemy" to others.

The Universal Declaration of Human Rights Article 18 says: "Everyone has the right to freedom of thought, conscience and religion; this right includes freedom to change his religion or belief, and freedom, either alone or in community with others and in public or private, to manifest his religion or belief in teaching, practice, worship and observance."