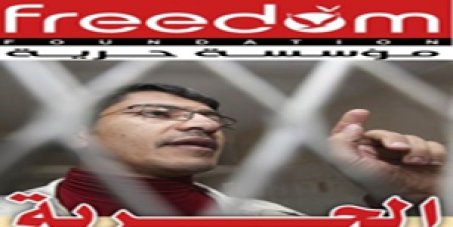 By continuing you agree to receive Avaaz emails. Our Privacy Policy will protect your data and explains how it can be used. You can unsubscribe at any time. If you are under 13 years of age in the USA or under 16 in the rest of the world, please get consent from a parent or guardian before proceeding.
This petition has been created by Freedom F. and may not represent the views of the Avaaz community.
x

Sign this petition
Freedom F.
started this petition to
U.S. president Barack Obama, Yemen president Abedrabbo Mansour Hadi
Because Shaye has been in prison since August 16, 2010, without real justification, but because he revealed the truth of the U.S. drone on Al-Maajala district in Abyan province, south Yemen, caused massive killing for more than 50 civilians most of them children, old men and women.
He was arrested and hides out for a month and then trialed in the State Security Court, which sentenced him to 5 years in prison. He spent 32 months in prison so far, and is prohibited from getting visitors in the prison, but relatives of the first class for a few minutes a week.
Many international media and press freedom organizations called upon released Sahye and excited to defend him.

Today: Freedom F. is counting on you