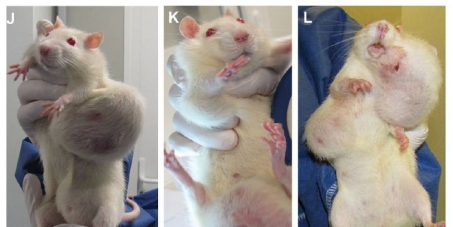 By continuing you agree to receive Avaaz emails. Our Privacy Policy will protect your data and explains how it can be used. You can unsubscribe at any time. If you are under 13 years of age in the USA or under 16 in the rest of the world, please get consent from a parent or guardian before proceeding.
This petition has been created by Henry R. and may not represent the views of the Avaaz community.
x

A 2012 study by Professor Gilles-Eric Séralini’s team at the University of Caen, France showed that eating GM maize and low doses of the Roundup pesticide with which it is grown damaged the health of rats over the long term ( gmoseralini.org for more information ). Other studies on GM foods also show toxic effects.

This was the first long-term study on the commercialized GM maize NK603 and its associated pesticide and the most detailed study on any GM food.

The first tumours showed up only 4-7 months into the study. This shows that the 90-day rat feeding tests routinely done by industry on GM foods in support of regulatory approval are too short to detect effects that take time to appear, such as cancer, organ damage, and premature death.

We demand an immediate freeze on approvals of genetically modified (GM) foods until mandatory, transparent, and independently conducted long-term tests have been put in place internationally.

GM safety tests must examine the effects of eating the GM food and its associated pesticide over a lifetime. We demand the same testing for GM foods already on the market.

Today: Henry R. is counting on you