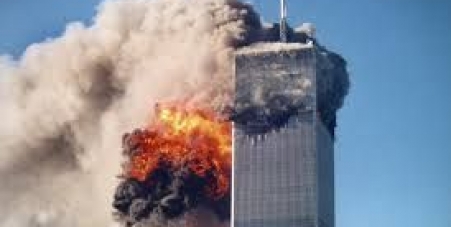 By continuing you agree to receive Avaaz emails. Our Privacy Policy will protect your data and explains how it can be used. You can unsubscribe at any time. If you are under 13 years of age in the USA or under 16 in the rest of the world, please get consent from a parent or guardian before proceeding.
This petition has been created by Mallikarjuna S. and may not represent the views of the Avaaz community.
x

NOTE: This does not mean that the creator of the petition or other subscribers do have any ill-will or hatred toward American people as such, who in general are well meaning, well behaved and fired by humanitarian democratic spirit, but are enraged only against the great deception and the imperialist and genocidal policies and measures of their ruling cliques aided by other vested interests. There may be certain errors in perception of the creator and other subscribers but that does not in any way derogate the great importance and need of this demand for international inquiry into the 9/11 tragedy by an impartial and expert international commission and we are appealing to the United Nations General Secretary only because as at present there is no other supreme, well recognized and popular international body committed to, and is in duty bound to, work for amity, unity, peace, welfare and sustainable development of all the people of the world.
I would like to add this precious quotation which is very apt in the present case: "You can fool all the people some of the time, and some of the people all the time, but you cannot fool all the people all the time." [Abraham Lincoln]
This online petition requesting the General Secretary, United Nations, to institute an international inquiry and investigation by an impartial international commission into the 9/11 Tragedy has up to now secured 236 signatures. In one sense unexpected by me and that's why I am glad that at least so many persons the world over subscribed to it but in one sense sad that on such an important and historic demand only so few people have come forward to sign it the world over. I request my FB friends and readers to think once again and take positive decision to sign the petition and also share it to friends and on social networks.I propose to wait till the UN Day i.e. 24 October 2015 to present the petition to the General Secretary, UN, online and hope by then at least 1000 signatories would be there. But if avaaz.org does not keep the petition online that long, I would like to present the same on 6 August 2015 (Hiroshima Day) itself. So hope my friends and other readers of FB would mind this point too.
Any signatories or interested persons can contact the creator I. Mallikarjuna Sharma at mksharma55@gmail.com
6 September 2015: Glad that signers crossed the 300 mark but the online petition has to be submitted to the General Secretary, UN, by 24 October 2015 in any case and so I will be glad if at least 1000 signers pool up by then; per the present trend it seems to be impossible though. However, if the signers up to now also take interest and cause their friends, acquaintances to subscribe, I think we can cross that 1000 mark at least by 24 October. Thanks all signers.
04-10-2015: Just now I found that the number of signers reached the mark of 350. However, the petition has to be submitted by 24 October the UN Day whatever numbers sign it and hence I request the persons who already signed to tell friends and acquaintances about the importance of signing this petition and cause a number of freshers sign the petition and it would be good if the mark of 1000 signers is reached by that day; if it is a tall order, at least the mark of 500 may be feasible. On October 24 I will request the avaaz.org to send the petition, with whatever number of signers supporting it to that date, to the UN General Secretary.
URGENT APPEAL: Only 2 days are left and we have to send this petition to General Secretary, UN, by say 10 AM on 24 October 2015 (UN Day), New York time. Up to now only 381 signers are there and it would be good if we cross at least 400 mark in these two days and I request friends and signers to fill this gap at least.