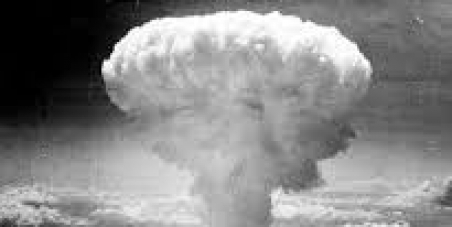 By continuing you agree to receive Avaaz emails. Our Privacy Policy will protect your data and explains how it can be used. You can unsubscribe at any time. If you are under 13 years of age in the USA or under 16 in the rest of the world, please get consent from a parent or guardian before proceeding.
This petition has been created by Anna G. and may not represent the views of the Avaaz community.
x

HBO's John Oliver has also recognized how ludicrous it is in possessing and maintaining nuclear warfare after all these years and the danger it can be, it is very real! its humorous but undertones of a very serious threat to our lives and country and our future:

The aim is zero nuclear weapons - the prohibition and complete elimination of nuclear weapons under strict and effective international control - was first affirmed by UN General Assembly resolution 1 (1) on January 24, 1946. A reliance on nuclear deterrence by some countries in response to regional and international tensions since then has thwarted the achievement of this goal. However, a number of recent developments bring this goal into sight. These include globalization, the strengthening of international law, a growing public aversion to all weapons of mass destruction and the increasing effectiveness of the United Nations and their cooperative security mechanisms to address core security issues.

The UN provides the principal environment for the international community to implement the collective obligation and the global common good to achieve a nuclear weapons free world.

Nuclear abolition will require action at all levels, public, city, national, regional and international and in many forums not just the United Nations.

We need the public to petition their respective governments at all levels to abolish nuclear warfare!