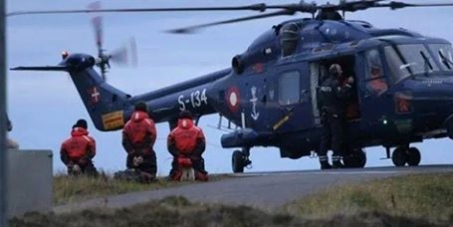 By continuing you agree to receive Avaaz emails. Our Privacy Policy will protect your data and explains how it can be used. You can unsubscribe at any time. If you are under 13 years of age in the USA or under 16 in the rest of the world, please get consent from a parent or guardian before proceeding.
This petition has been created by Sabreena L. and may not represent the views of the Avaaz community.
x

14 Sea Shepherd Volunteers were taken prisoner illegally by the Danish Navy and are being held against their will for the "crime" of protecting pilot whales from slaughter, not only are the actions against the volunteers immoral, it is illegal under the 1986 International Ban on Whaling.

We are demanding the immediate release of ALL Sea Shepherd personnel as well as ALL Sea Shepherd physical and intellectual property to include the swift boats, cameras and video recording equipment, all photos and videos that are now in the hands of the Danish Navy and local Faroese Government.

Furthermore ALL personnel, video images, photographs, personal and miscellaneous Sea Shepherd equipment MUST be returned unharmed, unaltered or undamaged in any form or fashion, finally we demand that under the International Ban on Whaling that your Government cease and desist from further killing immediately!

In 1986, the International Whaling Commission (IWC) enacted a moratorium on all commercial whaling. Since then, three nations - Iceland, Norway, and Japan - have brutally slaughtered over 25,000 whales under the guise of scientific research and for commercial purposes. The IWC does not have the capacity to enforce the moratorium. Sea Shepherd, guided by the United Nations World Charter for Nature, is the only organization whose mission is to enforce these international conservation regulations on the high seas.

Today: Sabreena L. is counting on you