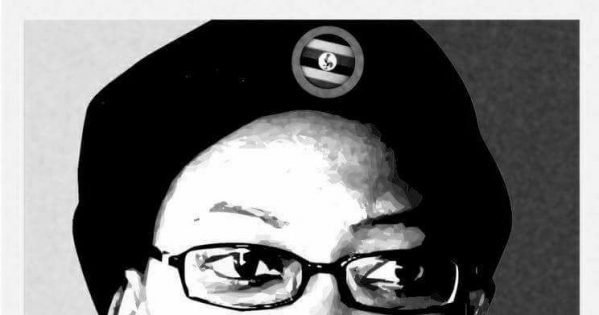 By continuing you agree to receive Avaaz emails. Our Privacy Policy will protect your data and explains how it can be used. You can unsubscribe at any time. If you are under 13 years of age in the USA or under 16 in the rest of the world, please get consent from a parent or guardian before proceeding.
This petition has been created by akshay K. and may not represent the views of the Avaaz community.
x

On April 7, 2017, Dr. Stella Nyanzi was detained by plainclothes police in Kampala, Uganda. She has, since, been remanded to judicial custody and is incarcerated and denied bail.
Dr. Nyanzi, or Mama Stella as she is popularly known, is one of the most incisive and well&dashregarded scholars of gender and sexuality in the world, and in East Africa in particular. She is a writer, academic and activist on a range of political and social issues and contexts. She has, over the last few years, been a powerful voice against arbitrary excesses of power and undemocratic practices in Uganda as elsewhere. Stella has energised Feminist, Queer, Kuchu and LGBTIQ movements around the world, and especially in Uganda. She has also become an increasingly influential presence on social media and is followed with excitement and passion by people all over the world. Her ability to infuse serious political questions with humour, and vice versa, has illuminated and inspired political struggle in many other contexts.
In weeks prior to her arrest she spearheaded a campaign called ‘&numPads4GirlsUg’, which sought to hold President Museveni to his electoral promise that his government would buy sanitary pads for school girls to prevent them from dropping out of school when they had their periods. Stella’s campaign was provoked by First Lady Janet Museveni’s public retraction of this promise. In retaliation for her campaign against this regressive move, Stella, her friends and family have faced threats, intimidation, harassment and violence at the hands of state authorities. Stella has herself chronicled these experiences on her Facebook page (https&colon//www.facebook.com/stella.nyanzi) in the days prior to her detention.
For her impassioned advocacy of the rights of women and girls, Stella has been charged with ‘cyber harassment’ and ‘offensive communication’. These are outrageous charges in light of the Museveni regime’s suppression of rights of free speech guaranteed by the Ugandan constitution. In addition, the government has sought to forcibly subject her to a psychiatric evaluation in an attempt to discredit her powerful critique. The regime’s suppression of an outspoken activist like Stella has to be seen as part of its broader crackdown on all forms and possibilities of opposition, including peaceful and democratic protest and political organization, in its attempt to hold on to power.
Those of us concerned with the rise of authoritarian power, the crushing of dissent, and the systematic dismantling of civil liberties and democratic rights, especially in the global South, recognise in this episode some of our own experiences of the erosion of citizenship. We are deeply concerned by the flagrant disregard that the Museveni government, in power since 1986, has shown for the rights and protections provided in the Constitution of Uganda.
We, the undersigned, demand&colon• The immediate, safe and unconditional release of Dr. Stella Nyanzi.
• Respect for the principles enshrined in the Constitution of Uganda, including the Freedom of Speech and Expression and the Right to Life and Liberty.