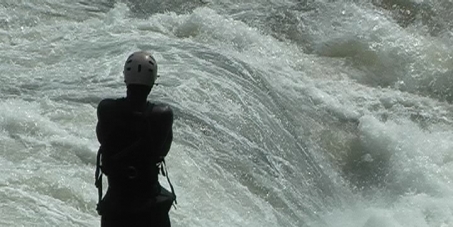 Government of Uganda: PROTECT THE ‘SOURCE OF THE NILE’ AND THE COMMUNITIES THAT DEPEND ON IT

By continuing you agree to receive Avaaz emails. Our Privacy Policy will protect your data and explains how it can be used. You can unsubscribe at any time. If you are under 13 years of age in the USA or under 16 in the rest of the world, please get consent from a parent or guardian before proceeding.
This petition has been created by Leslie C. and may not represent the views of the Avaaz community.
x

In the past 5 weeks over 10,000 Ugandans whose communities will be affected by Isimba Dam have signed a hard copy of this same petition. But they need your help !!

We are urging the Ugandan government to downsize the Isimba Dam Hydro Power Project on the Nile in Uganda in order to honour Uganda's international agreements, help Uganda’s continued long-term development, and protect the River Nile.
Three levels have been proposed for the height of Isimba Dam. The highest level of the dam, and its associated reservoir will:

• displace over 2000 Ugandans, who are predominantly subsistence farmers.

• deteriorate water quality and increase water-borne diseases for hundreds of thousands of Ugandans living around the project area and downstream, who rely on the Nile for drinking and washing.

• flood a unique, world famous section of whitewater. Year after year the white water attracts people from all over the world and the income associated with these visitors helps to support many thousands of Ugandan’s through well-paid jobs in tourism.

• violate a conservation agreement between the Ugandan Government and the World Bank that was put in place to protect this precious section of river that is part of every Ugandan’s heritage.

We believe the smaller alternative to be the better balance for Uganda’s future. The lowest version of the Isimba Dam will:
• still generate a substantial amount of electrical power to supplement Uganda’s requirements and will cost less to build.

• not affect the Conservation Area.

• have negligible effect on a unique and beautiful section of whitewater, that offers so much to Uganda as a tourism resource and can be developed for future generations.

• minimize the negative effects on water quality and human health.

• greatly reduce the number of people who would be displaced and the environmental impact by keeping the reservoir largely inside the river banks.

Please sign and widely promote this petition and help conserve the source of the longest river in the world, as well as the communities that depend on it.

Today: Leslie C. is counting on you

Leslie C. needs your help with "Government of Uganda: PROTECT THE ‘SOURCE OF THE NILE’ AND THE COMMUNITIES THAT DEPEND ON IT". Join Leslie C. and 4,059 supporters today