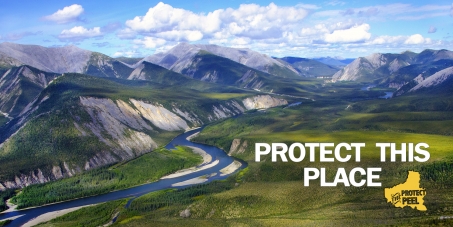 By continuing you agree to receive Avaaz emails. Our Privacy Policy will protect your data and explains how it can be used. You can unsubscribe at any time. If you are under 13 years of age in the USA or under 16 in the rest of the world, please get consent from a parent or guardian before proceeding.
This petition has been created by Dean W. and may not represent the views of the Avaaz community.
x

Sign this petition
Dean W.
started this petition to
Government of Yukon
The Peel River Watershed , is one of the worlds last great free watersheds, it is an untouched, eco-rich and biologically diverse corner of the planet. A vast and incredibly beautiful landscape that harbours a great deal of the most valuable commodity on earth; fresh water.

Now, it's protected status has been revoked, and the region has been opened to mining, oil and gas activity by the

Premier Pasloski, threw away a development plan that had taken more than 5 years and a great deal of money to develop.
That plan, had consulted with and accounted for all relevant citizen parties including the general public and the first nations of the territory. The plans final recommendation was for 80% preservation.

A new plan developed under the premier and installed by the Government of Yukon, opens up 71% of this important ecological hold-out to mining.

The premier's plan, also allows previous and existing mineral claims within the remaining protected zones to stand, effectively reducing the total protected area to less than 20%.

The Peel River region is essentially the Amazon of North America, a hidden treasure in the far north of the Yukon Territory and it needs your help!

This place is an important symbol to the future of fresh water, in the Yukon, but also the rest of the world.

Please help us to send an urgent and clear message to the Government of Yukon, and to the Prime Minister of Canada, that important and sensitive regions in Canada and the rest of the world, have friends and guardians who will stand up for them and for a more ecologically aware and respectful approach from governments.


Have a comment for the Premier of Yukon..?
darrell.pasloski@gov.yk.ca