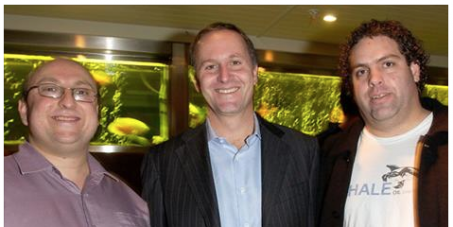 Governor General of New Zealand: Investigate all the allegations of corruption in the National government

By continuing you agree to receive Avaaz emails. Our Privacy Policy will protect your data and explains how it can be used. You can unsubscribe at any time. If you are under 13 years of age in the USA or under 16 in the rest of the world, please get consent from a parent or guardian before proceeding.
This petition has been created by Bry O. and may not represent the views of the Avaaz community.
x

Sign this petition
Bry O.
started this petition to
Governor General of New Zealand
People at all levels of the National Government of New Zealand, including the Prime Minister, have been reported to be undermining the democracy of New Zealand by using their power to sway justice, influence the media and compromise the privacy laws of New Zealand. Conspiring to defeat justice is a very serious crime.

We, the people of New Zealand, would like an immediate official Royal Commission run by the Crown. We demand that the investigation be completely independent and without any Political interference.

We would like all the allegations of corruption including those in the book 'Dirty Politics', written by world-renowned investigative journalist Nicky Hager, and any other allegations that have been raised that relate to the National Party and opposition parties in New Zealand to be thoroughly investigated. We want democracy to reign in New Zealand. We want our government to be free of corruption.

Today: Bry O. is counting on you

Bry O. needs your help with "Governor General of New Zealand: Investigate all the allegations of corruption in the National government". Join Bry O. and 7,285 supporters today