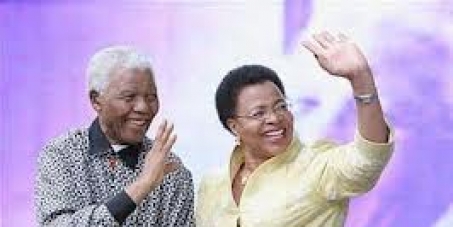 Graca Machel/Mandela - please help us to save the rhino of South Africa!

By continuing you agree to receive Avaaz emails. Our Privacy Policy will protect your data and explains how it can be used. You can unsubscribe at any time. If you are under 13 years of age in the USA or under 16 in the rest of the world, please get consent from a parent or guardian before proceeding.
This petition has been created by Maggie S. and may not represent the views of the Avaaz community.
x

Sign this petition
Maggie S.
started this petition to
Mrs. Graca Mandela is the perfect bridging influence between SA and Mozambique. She is extremely influential and as Nelson Mandela's wife she has won the hearts of South Africans and the World.
Most of the poachers that mutilate and kill the rhinos in the Kruger Park and elsewhere in South Africa are citizens of Mozambique, a country that shares a boundary with South Africa. Graca Mandela, the third wife of Nelson Mandela was not only born in Mozambique, she was also once married to Samora Machel who was President of Mozambique from 1975 to 1986.
Report this as inappropriate
There was an error when submitting your files and/or report.
Inaccurate Inappropriate language Hate speech Illegal Commercial/spam Offensive
×

Today: Maggie S. is counting on you

Maggie S. needs your help with "Graca Machel/Mandela - please help us to save the rhino of South Africa!". Join Maggie S. and 7,940 supporters today