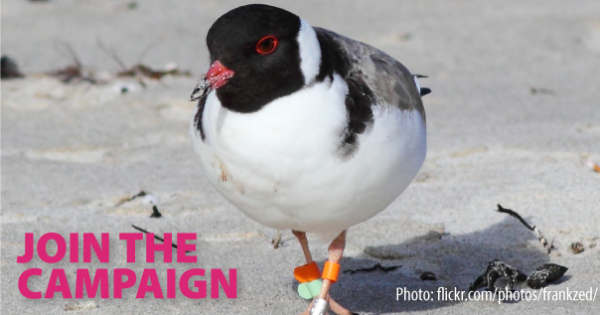 Save the hooded plover from extinction

By continuing you agree to receive Avaaz emails. Our Privacy Policy will protect your data and explains how it can be used. You can unsubscribe at any time.
This petition has been created by Complaint and may not represent the views of the Avaaz community.

Sign this petition
Complaint
started this petition to
Greg Hunt, Lisa Neville,,
Gregory Andrews, Mornington Peninsula Shire
There are fewer than six hundred hooded plovers left in Victoria. Dogs have been identified as the principal cause of its diminishing numbers and its pending extinction corroborated through a scientific investigation by BirdLife Australia that was commissioned by Parks Victoria. A dog ban throughout the Mornington Peninsula National Park being fought over 20 years needs to be implemented to safeguard the future of the threatened species whose diminishing numbers are getting exponentially worse annually. See: http://mpnews.com.au/2015/07/13/final-plover-chick-meets-gruesome-end/​ As well as being an important species in its own right, it also acts as an ambassador species for many other beach nesting birds. This breeding season, in spite of increased efforts to improve the numbers, only three hooded plovers have fledged, one less than last year. By acting on hooded plovers, we can support other shorebirds that share the same habitat, and also increase general awareness about all of our beach nesting birds. Additional leash-free zones to accommodate the needs of dog walkers is also being sought from local government as part of an effective solution.