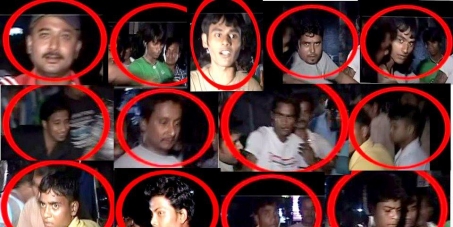 By continuing you agree to receive Avaaz emails. Our Privacy Policy will protect your data and explains how it can be used. You can unsubscribe at any time. If you are under 13 years of age in the USA or under 16 in the rest of the world, please get consent from a parent or guardian before proceeding.
This petition has been created by Blank N. and may not represent the views of the Avaaz community.
x

Sign this petition
Blank N.
started this petition to
Assam police chief, J N Chaudhury
A young girl was sexually assaulted in full public view by a mob of men on a busy street in Guwahati in eastern India. The entire incident was taped and when the video started circulating online the police belatedly arrested four men. But at least 12 attackers’ faces are clearly visible. Let’s keep up the pressure on the police to arrest them.

The girl has said that no one came to her rescue, including the team that was filming the incident. It’s only when the police arrived after nearly half an hour, that the attack stopped.

Insensitive remarks have followed on all sides, including from the head of the Assam police and the editor of the media house that filmed this incident. But India’s Home Minister P. Chidambaram has condemned them. Before this story gets lost in a war of words, let’s raise a resounding call to put pressure on the Assam police to arrest all the men in this mob of molesters. The outrage has been spreading through social media. Lets take active steps towards building inclusive cities that belong to men and women- where women are recognized citizens. Sign this petition and share it widely.

Today: Blank N. is counting on you