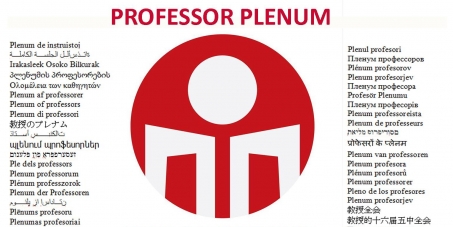 HE President of the Republic of Macedonia Prof. Dr. Gjorge Ivanov : Stand by your colleagues and students

By continuing you agree to receive Avaaz emails. Our Privacy Policy will protect your data and explains how it can be used. You can unsubscribe at any time. If you are under 13 years of age in the USA or under 16 in the rest of the world, please get consent from a parent or guardian before proceeding.
This petition has been created by Aleksandra A. and may not represent the views of the Avaaz community.
x

Sign this petition
Aleksandra A.
started this petition to
HE President of the Republic of Macedonia Prof. Dr. Gjorge Ivanov
January 6, 2015

We, the undersigned, are deeply concerned by the the increasing interference of the state in university matters in the Republic of Macedonia. We would like to point out the undeniable fact that autonomy is the essence and the oxygen that fuels the very existence of any University, and is the most important factor for the survival and growth of any academic institution. Furthermore, it is of the greatest importance for the vital and vibrant life and interaction of science, social critique, art and freedom in every society. Hence, every attempt by the political authorities to unilaterally impose their values, ideology, religion or politics to the university, without allowing the time, space and public atmosphere required for substantial and inclusive discussion, is an obvious violation of internationally acknowledged rights, civil liberties, and consequently of freedom of speech.

Namely, over the course of the past few years, the Government has imposed legal reforms in the field of higher education without attempting any substantial dialogue with the relevant stakeholders in the academia. Each of these reforms has been gradually diminishing the autonomy of the higher education institutions and has irrevocably transformed the universities into mere political instruments rather than educational institutions. The latest draft amendments to the Law on Higher Education will increase the direct interference of the State, i.e. the Ministry of Education and Science, in the competences of the Universities concerning the planning and design of the curricula, examination process and knowledge assessment at the Universities, depriving them, finally, of their right to grant diplomas (literally). Furthermore, it introduces the idea of a compulsory state exam for each and every course taken by the student, one in the second year of the studies and another in the fourth, the organisation and execution of which is to be carried out by appointees selected by the Ministry. The state exam is foreseen for undergraduate and master cycles of university education. It is a precedent which is unheard of in any civilized country in the world. Last but not least, this latest reform will practically strip universities of their right to issue diplomas unless students successfully pass the state exam before the completion of the given study cycle. This is going to be the final nail in the coffin of the university’s existence as such!

For three months, the student movement Student Plenum, supported by an increasing majority of university professors, has been organizing a number of activities and gone to great lengths to try and make the authorities hear their voice. To no avail! Just in the past month, Macedonia has witnessed massive rallies attended by at least ten thousand students and professors. Finally, the university professors from all over Macedonia joined in the Professor Plenum, in order to support their students and to speak up in defense of the academic freedom and dignity. In spite of these joint protests and the almost unanimous rejection of the proposal by the academic community, the Government has recently unscrupulously moved to swiftly adopt the proposed bill. In the absence of any meaningful opposition in the Parliament, the bill will indeed be passed automatically.


We, the undersigned, strongly support the withdrawal of the latest draft amendments to the Law on Higher Education and demand the start of a truly democratic procedure for the drafting of a new Law that will ensure that those who educate and those who are educated are in control. We fully support the criticism of the procedure and the manner in which these new changes are to be implemented and which will have a direct adverse effect on university life and work. Last but not least, we support the nonviolent resistance to these imposed changes expressed jointly by the students, professors and citizens of the Republic of Macedonia.

Today: Aleksandra A. is counting on you

Aleksandra A. needs your help with "HE President of the Republic of Macedonia Prof. Dr. Gjorge Ivanov : Stand by your colleagues and students". Join Aleksandra A. and 4,403 supporters today