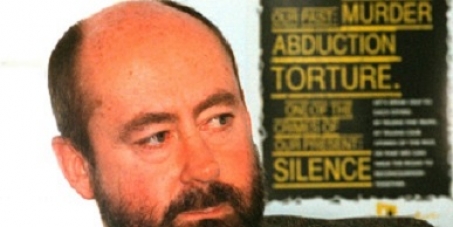 Found guilty by the Professional Conduct Committee of the Health Professions Council of South Africa of unprofessional / unethical conduct during his time as the head of the South African Defence Force’s (SADF’s) Project Coast, a secret apartheid-era chemical and biological weapons programme, and subsequently as Project Officer of the Delta G facility, the SACTJ considers Dr Basson's conduct to be of a nature serious enough to warrant the imposition of such a penalty.

We believe that the finding of guilt in relation to the professional misconduct of Dr Basson as a registered medical practitioner confirm that his actions cannot be condoned despite the intervention of many years since Dr Basson was involved in these unethical activities, which included:

1. The coordination on a massive scale, between 1986 and 1992, the production and stockpiling of agents used for the purposes of disorienting, sedating, and tranquillising persons without their consent, some of whom were then abducted in cross-border kidnappings;

2. The provision of agents used to weaponise thousands of 120mm mortars for use in crowd situations; and the provision of cyanide capsules to operational commanders supervising South African troops in specialised units conducting operations outside the borders of South Africa, for use by these troops to commit suicide.

As concerned members of the wider community in which Dr Basson operates, we hereby petition the HPCSA Committee of Inquiry to remove Dr Wouter Basson from the register of medical practitioners.

The SACTJ is an umbrella body of organizations working to advance the rights of victims and survivors of apartheid-era human rights violations, to raise awareness about these rights, and to hold the South African government accountable to its obligations. These organisations are the Centre for the Study of Violence & Reconciliation (CSVR), Human Rights Media Centre (HRMC), Institute for Justice & Reconciliation (IJR), Khulumani Support Group, South African History Archive (SAHA) and the Trauma Centre for Survivors of Violence and Torture.