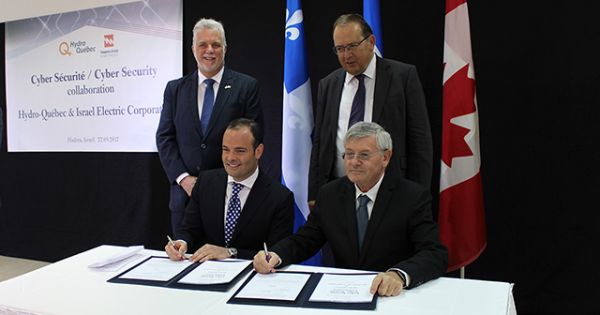 The current no longer flows between HQ and IEC! Thank you!

Victory
This petition is closed
430 Supporters
Coalition B.
started this petition to
Éric Martel, CEO of Hydro-Québec, Jonatan Julien, Minister of Energy and Natural Resources, Jacynthe Côté, Chair of Hydro-Québec’s Board of Directors
[En français : bit.ly/petition-hq-iec-fr]

Mr. Éric Martel, Ms. Jacynthe Côté, Mr. Jonatan Julien, we urge you to terminate the partnership agreement in the field of cyber security concluded on May 22, 2017 between Hydro-Québec and Israel Electric Corporation (IEC).

Because Quebeckers demand justice and are committed to respect for human rights and international law .
Because this memorandum of understanding is in fact a contract between two states: Quebec and Israel .

Because the transparency promised by the Quebec government must not be an empty word.
Because cyber security has a darker aspect: cyber warfare , and the distinction between these two dimensions is particularly porous in Israel.

Because IEC, a state-owned company, is partly responsible for the state of Israel's abuses towards the Palestinian population .
Because Hydro-Québec is our business .