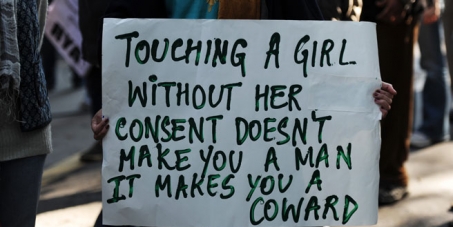 By continuing you agree to receive Avaaz emails. Our Privacy Policy will protect your data and explains how it can be used. You can unsubscribe at any time. If you are under 13 years of age in the USA or under 16 in the rest of the world, please get consent from a parent or guardian before proceeding.
This petition has been created by Aimee-Lee W. and may not represent the views of the Avaaz community.
x

Sign this petition
Aimee-Lee W.
started this petition to
Jeff Radebe, Minister of Justice and constitutional development, South Africa, Department of Justice, Worldwide, South African President, Jacob Zuma
Rape is a type of sexual assault initiated by one or more persons against another person without that person's consent. The act may be carried out by physical force, or where the person is under threat or manipulation, or with a person who is incapable of valid consent.

South Africa leads the world in rapes.
A woman was raped in South Africa every 17 seconds. This did not include the number of child rape victims. It was estimated that one in every two women would be raped.
Between 28 and 30 percent of adolescents reported that their first sexual encounter was forced. In South Africa, rape is so common it barely makes the news. The rapes of elderly women and babies are outlined in four-line stories on the inside pages of local newspapers, but most sexual assaults get no public attention.The country has one of the highest rates of rape in the world, with some 65,000 rapes and other sexual assaults reported for the year ending in March 2012, or 127.6 per 100,000 people in the country.

The U.S. Bureau of Justice Statistics states that 91% of rape victims are female and 9% are male, and 99% of rapists are male.

One of the most startling aspects of sex crimes is how many go unreported. The most common reasons given by women for not reporting these crimes are the belief that it is a private or personal matter and the fear of reprisal from the assailant.


Is this punishment enough?
While the rapist spends and average of seven years in prison, the victim has to spend their entire lifetime constantly reminded of the crime. The victims have to go through countless hours of therapy and emotional rehabilitation, while the rapist enjoys a free holiday in prison!

Please help us to raise awareness regarding the injustice South Africa, as well as the rest ofthe world, is exercizing! Let us take back our lives, our rights, and most importantly, our bodies!