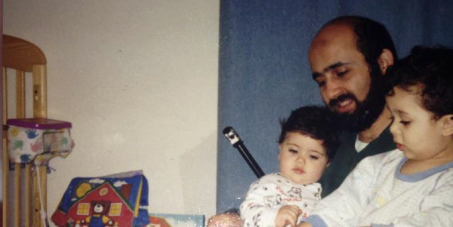 By continuing you agree to receive Avaaz emails. Our Privacy Policy will protect your data and explains how it can be used. You can unsubscribe at any time.
This petition has been created by Emel and may not represent the views of the Avaaz community.

While researching online as to where I can submit yet another claim, it came to my attention that my husband is not alone. There are tens, if not hundreds of respectable, educated individuals like him who are detained arbitrarily with no charges or access to legal representation. I contacted nine law firms in Abu Dhabi to hire an attorney to find my husband and what charges, if any, have been levied against him but to my dismay all of them declined my request. It seems law firms are firmly instructed not to take a case that has to do with the “State Security Agency”. Through intimidation, their victims are stripped of their legal rights to be represented and thus, placed outside the protection of the law. As Joe Stork, the deputy Middle East and North Africa director at Human Rights Watch put it “Enforced disappearances are grave international crimes that can place victims at serious risk of torture and cause their families anguish. The new disappearances are evidence of the UAE’s increasingly repressive behavior. The UAE has grown accustomed to its serial violations of human rights passing without comment from an international community that appears cowed by its aggressive diplomacy, The longer this silence goes on, the more the international community appears to send a message that it does not care.”Despite being elected to the UN Council, the UAE has not signed most international human rights treaties including the Convention against Torture. We have to stand up against this arrogant attitude of disregarding international laws and put an end to enforced disappearances. Please help us spread awareness and stop these on-going gross human rights violations in the UAE by your signature.

Today: Emel is counting on you