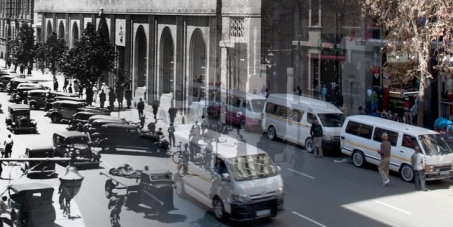 A call to all to stand up and demand the self determination of European South Africans!

By continuing you agree to receive Avaaz emails. Our Privacy Policy will protect your data and explains how it can be used. You can unsubscribe at any time. If you are under 13 years of age in the USA or under 16 in the rest of the world, please get consent from a parent or guardian before proceeding.
This petition has been created by Duncan G. and may not represent the views of the Avaaz community.
x

Sign this petition
Duncan G.
started this petition to
The head of the European commission, Donald Trump the President of the USA!
The white people of South Africa did the right thing and voted for majority rule in South Africa.It is not right that they now are being murdered on their farms and economically sidelined via government programs of Black economic empowerment!It is not fair that the white citizens of South Africa should be blamed and made to pay for the ANC governments inability to lead their people to a better future! I believe the solution is to allow the white people of South Africa to have their own independent country,so as,to remove the ability of any black South African government using them as a scapegoat for their own shortcomings!This will ensure that they, the white people of South Africa,have a real chance to develop themselves and their country.This is the only way they can make a positive contribution to the region as a whole. Please sign and share with your friends! Only if we stand together can we correct this wrong and ensure our future in this beautiful land! I thank you in advance for your contribution to this worthy cause,Duncan Gill

P.S.You have to wonder about Afrikaner culture and our broader white culture that are very different from African culture.Did not Merkel say just the other day that the European multiculturalism has failed and that other ethnic groups will not assimilated white culture of the countries where they have taken root but rather segregate themselves into ghettos and neighbourhoods where they feel more comfortable.You cannot force people to adopt foreign cultures this is apparent so why should Afrikaners be forced to adopt African culture does not our diversity make us stronger..?It is the current ANC regime that refuses to accept this truth and seeks only to squash and belittle white culture.Imagine a country that could exist if they had adopted and professed a different ideal.It is way past the time of working together in the current set up and only if the White people of Southern Africa can achieve a state of self determination, can we possibly be in a position, to contribute to the betterment of the country as a whole.In the current set up we will be drowned and made insignificant and worthless to anyone! You can only work from a position of strength,we the whites have a lot we can contribute and can seriously make a difference here in South Africa! Then maybe people will realise that we can live together, but only so long as we respect each others values! The liberals of today profess this possibility but have no practical solution or methodology of purpose to bring this utopia about.Mankind can raise to the challenge or drown in his inability to try?The future is in our hands we have always been empowered we just need to realise this!

Today: Duncan G. is counting on you

Duncan G. needs your help with "A call to all to stand up and demand the self determination of European South Africans!". Join Duncan G. and 4,660 supporters today