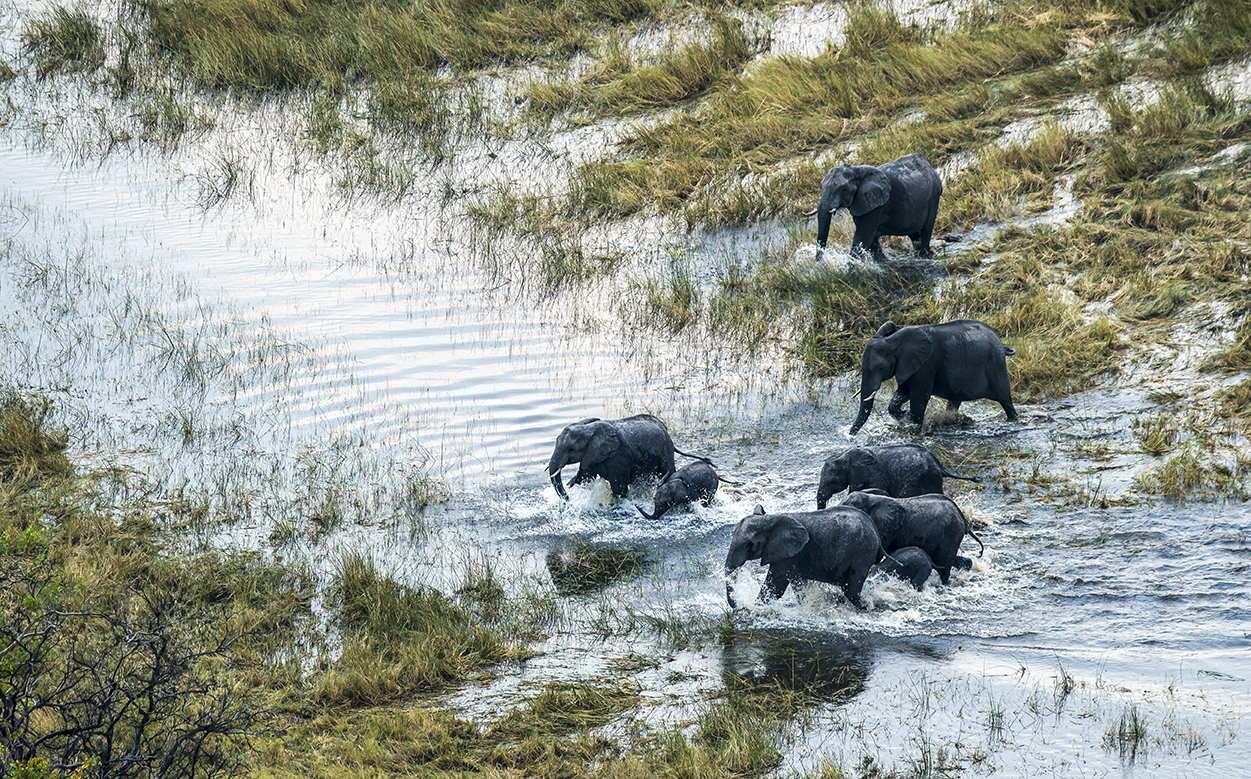 By continuing you agree to receive Avaaz emails. Our Privacy Policy will protect your data and explains how it can be used. You can unsubscribe at any time. If you are under 13 years of age in the USA or under 16 in the rest of the world, please get consent from a parent or guardian before proceeding.
This petition has been created by Dereck J. and may not represent the views of the Avaaz community.
x

Sign this petition
Dereck J.
started this petition to
His Excellency, the President of Botswana, Mokgweetsi Masisi
On the 21st February 2019, a Botswana subcommittee handed over the below mentioned recommendations following a hunting ban of elephants that has been in place since 2014. After consultation with researchers, hunters and public hearings their suggestions are as follows:

• Hunting ban be lifted.
• Develop a legal framework that will create an enabling environment for growth of safari hunting industry.
• Manage Botswana elephant population within its historic range
• Department of Wildlife and National Parks (DWNP) should undertake an effective community outreach program within the elephant range for Human Elephant Conflict mitigation
• Strategically placed human wildlife conflict fences be constructed in key hotspot areas
• Game ranches be demarcated to serve as buffers between communal and wildlife areas.
• Compensation for damage caused by wildlife, ex gratia amounts and the list of species that attract compensation be reviewed. In addition, other models that alleviate compensation burden on Government be considered.
• All wildlife migratory routes that are not beneficial to the country’s conservation efforts be closed.
• The Kgalagadi southwesterly antelope migratory route into South Africa should be closed by demarcating game ranches between the communal areas and Kgalagadi Wildlife Management Areas.
• Regular but limited elephant culling be introduced and establishment of elephant meat canning, including production of pet food and processing into other by products.

These suggestions are now expected to be debated by the Botswana president with his cabinet before becoming law.

Having been deeply involved in wildlife conservation in Botswana for over 30 years we've seen the issues and damage caused by trophy hunting as well as the recovery of wildlife populations and ecosystems following the removal of hunting. We are also well-versed with the often dangerous impact on communities living with wildlife. It is unsurprising that we oppose and protest these recommendations. After very favourable engagement with government, we've been encouraged to solicit opinion. Our voices matter. Our government is an open one with a willingness to listen. Now is the moment to be heard.

I, Dereck Joubert, together with Great Plains Conservation would therefore like to publicly oppose a number of these recommendations and would ask that you support this petition if you share our concerns which follow:

•The suggested actions by Botswana will be disastrous to what is globally considered to be one of the great conservation areas and stories of the world that can and does attract conservation-minded travellers. This sector employs over 42% of the workforce in Ngamiland and these proposed changes threatens those jobs.
The photographic conservation tourism industry is the second largest revenue-generating industry to Botswana’s fiscus. We have seen in several economic models that safari hunting industries will not be able to replace that level of income and will be more likely damage it as photographic safari tourists decide to visit other countries instead.

•It is unclear what ‘managing elephants in their historic range’ means as this includes the entirely of Botswana and reinforces the necessity of wildlife corridors throughout - not the removal of corridors as is suggested.

•We agree that the Department of Wildlife and National Parks (DWNP) should undertake an effective community outreach program within the elephant range for Human Elephant Conflict mitigation. Many NGOs have been working on this for years as has the ministry through its programs. However, an increase in elephant aggression, which is inevitable with a renewal in hunting, will mean starting from scratch.

•The suggestion to construct human wildlife conflict fences in key hotspot areas is also a welcome one. Enclosing and protecting villages next to elephant corridors could do a great deal to keep communities safe and we would be interested in assisting with funding for this. Additionally the re-evaluation of compensation schemes is welcomed. As conservation efforts evolve, new ideas are always encouraged and there are plenty of examples of compensation schemes working well in wildlife areas across Africa and the world. Those lessons can drawn on to the benefit of communities, wildlife and government.

•The suggestion to close migration routes is such a strange one that it feels like it has been placed there as a distraction to be discarded later as an appeasement to those who oppose the reinstatement of trophy hunting. There cannot be a migration route that does not have conservation value, almost by definition. Animals move for very specific reasons and Botswana has seen the massive damage caused by blocking migration routes before – such as when the Vet Fences were erected in the 1970s, decimating many populations of migrating antelope and zebras. Corridors in dry areas, such as the Kalahari are especially important, giving wildlife a chance of survival when rains fail, as well as alleviating stress on the land that needs time to recover from grazing. This is particularly important now with climate change adding yet more instability to these areas. Corridors for wildlife are vitally important for natural systems to exist and the failure to recognise this shows a deep misunderstanding of ecological functioning and conservation management.

•As for elephant culling – to what end? Small culls would not impact an overall population, but it would end up traumatising the remaining elephants, adding extra danger to communities who live amongst them. The hunts, and proposed culls, would therefore not be for any conservation reason at all, but only to satisfy greed. This can only result in community killings as people get trampled and attacked in retaliation by wounded elephants or thoseand traumatised by the death of a family member. The stockpiled ivory from these culls and hunts would not only find its way into the black markets but also create pressure on Botswana advocating to step out of being a signatory on the ban of ivory trade, and once again, attract international condemnation.
As elephant culls in South Africa have revealed, it doesn’t help to spare the babies when entire families must be gunned down. Young elephants grow up without the discipline of their parents, cause problem for others and indeed become traumatised themselves. It is highly unlikely that a business manufacturing pet food made from the bodies of baby elephants and their families would succeed. In South Africa, despite governmental agreement to cull, the country has shelved the idea due to the massive damage to tourism, massive public outcry and the damage that would certainly result to country’s popularity as a tourism destination.

The “Botswana’ model is such a huge success that it is envied and being replicated in Uganda, Kenya, and Tanzania, and it is soon to start in Gabon, Zimbabwe, Mozambique and other countries. To abandon this impressive conservation success for the archaic management by gun will not only be disastrous for the wildlife and tourism of Botswana, but these negative effects will also feed onto the communities who live with wildlife. In no hunting country in the world, have remote villages been lifted out of poverty thanks to trophy hunting.

We see no benefit from these recommendations to the overall population of Botswana, their wildlife nor any conservation programs and ask that the government of Botswana considers the massive and detrimental effect that a reintroduction would do and keeps the the present visionary status of its wildlife in place and indeed consider creating more wildlife corridors to actually alleviate any congestion and concentration of elephants.

We believe that in this day and age we are better than this, have learnt lessons from the past, and owe it our communities, wildlife, and to nature not to resort to violent tactics that will only result in more blood on our hands.

Today: Dereck J. is counting on you