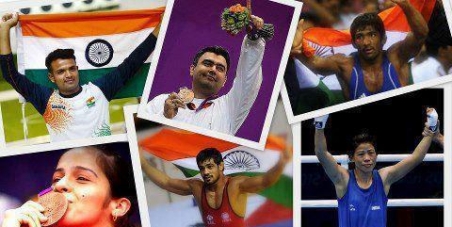 By continuing you agree to receive Avaaz emails. Our Privacy Policy will protect your data and explains how it can be used. You can unsubscribe at any time. If you are under 13 years of age in the USA or under 16 in the rest of the world, please get consent from a parent or guardian before proceeding.
This petition has been created by Alaphia Z. and may not represent the views of the Avaaz community.
x

Sign this petition
Alaphia Z.
started this petition to
Leaders of India's Opposition parties
A billion of us got kicked out of the Olympics representing India because of the actions of a few corrupt men! But if we support our athletes now we can hit sports corruption for a six!

Our national sporting bodies are havens of corruption and cronyism - stuffed with businessmen and politicians unfit, in all senses, to run them. That’s why our international record in most sports is so terrible and why we got ejected by two international sports bodies this week. Our athletes are cheering because finally the government might be pressured to pass a sports reform Bill. But the main blockers are ministers in the Cabinet who also control sporting bodies!

Only a public outcry, by sports-loving, corruption-hating Indians can blow the whistle on sports corruption. Let’s call on all the Opposition parties to fight for the sports reform Bill and pressure the government to act. When over 50,000 of us have signed, we will stage a mock awards ceremony outside the Sports Ministry, giving out black medals to these corrupt insiders blocking reform. Sign now to save Indian sports!

Today: Alaphia Z. is counting on you