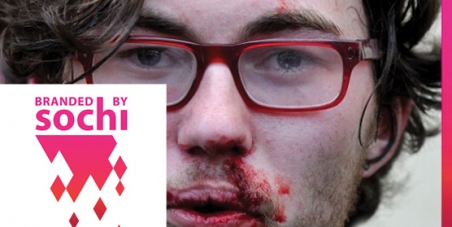 By continuing you agree to receive Avaaz emails. Our Privacy Policy will protect your data and explains how it can be used. You can unsubscribe at any time.
This petition has been created by Damian S. and may not represent the views of the Avaaz community.

Sign this petition
Damian S.
started this petition to
IOC - SPONSORS - WESTERN GOVERNMENTS
By now you have heard about the systematic state oppression of human rights in Russia directed to the LGBT community. Branded By Sochi believes that Russian human rights abuses will tarnish the Olympic brand, and that of its sponsors. The 'hateful' new anti-LGBT laws which are a bid to 'cleanse' the country of gays, are incompatible with the Olympic promise and Charter.
The indifference and inaction on the part of the IOC, their corporate sponsors, and the international community at large, over the last months since May, have ensured that viable options to remedy this gross conflict of interest have not been implemented.
As this law stands, the International Olympic Committee, their Olympic Sponsors and Western Governments MUST use this platform to unequivocally and publicly denounce the Russian anti-LGBT laws AND insist on their repeal. Otherwise because the Olympic Games is a vehicle providing good will and adulation to its hosts, it will be an endorsement and the IOC, it's sponsors and attending Western Government dignitaries will be indelibly linked to the abuses.
For Further information please visit brandedbysochi.com
SIGN - TELL THE IOC, OLYMPIC SPONSORS AND WESTERN GOVERNMENTS TO PUBLICLY DENOUNCE AND OFFICIALLY REQUEST THAT RUSSIA REPEAL THE ANTI-GAY LAWS!
Report this as inappropriate
There was an error when submitting your files and/or report.
Inaccurate Inappropriate language Hate speech Illegal Commercial/spam Offensive